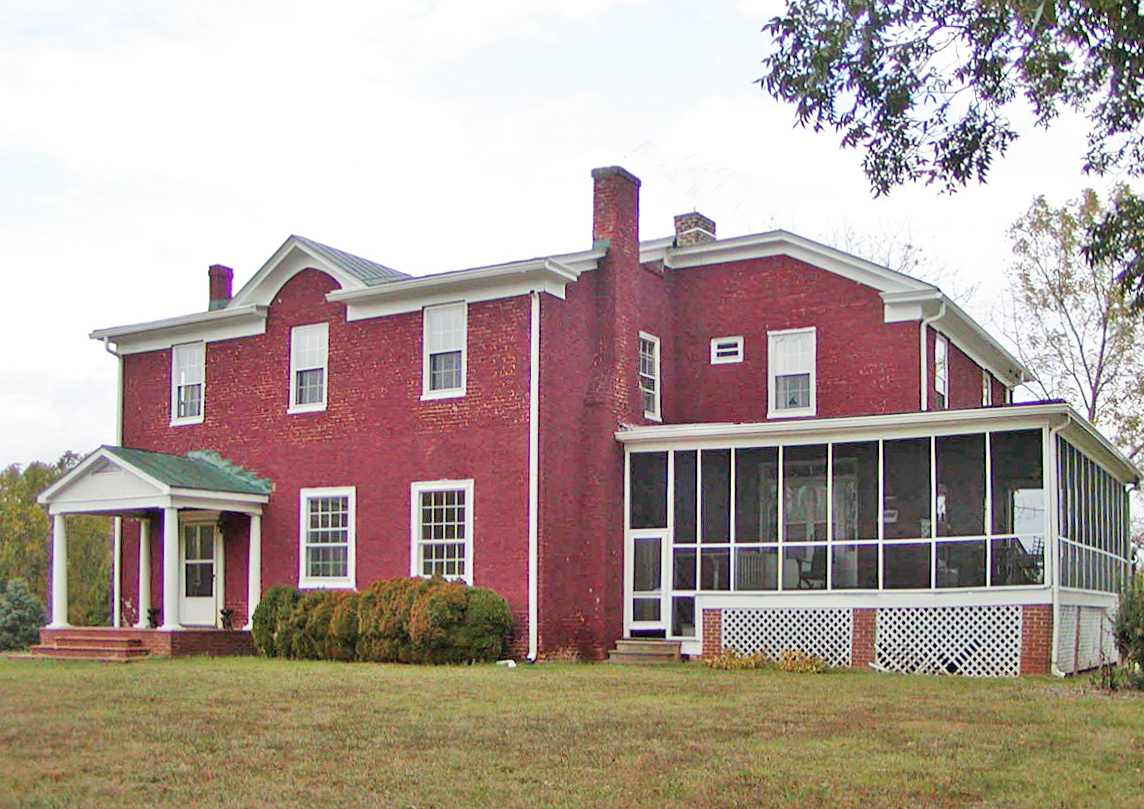 Bechelbronn commands a dramatic hilltop setting in rural Lunenburg County. The result of a complicated architectural evolution over 160 years, the house now appears as a rambling, two-story brick house displaying elements of the Federal and Greek Revival styles. It began as a simple four-room building in 1840, but additions in 1851 and 1900, as well as interior remodeling in 1920, gave it the dramatic appearance it now has. Its original owner was William H. Perry, whose brick house was a comparative rarity in the region, as most antebellum houses were of frame construction. Though there is uncertainty surrounding its origin, the name Bechelbronn is traditionally held to be German for “brown nut,” an allusion to the chestnut trees that once grew on the property. Perry was a physician and planter, and the house remained in the Perry family until the 1930s; a Perry family cemetery is located west of the house, on part of the property’s 364 acres.