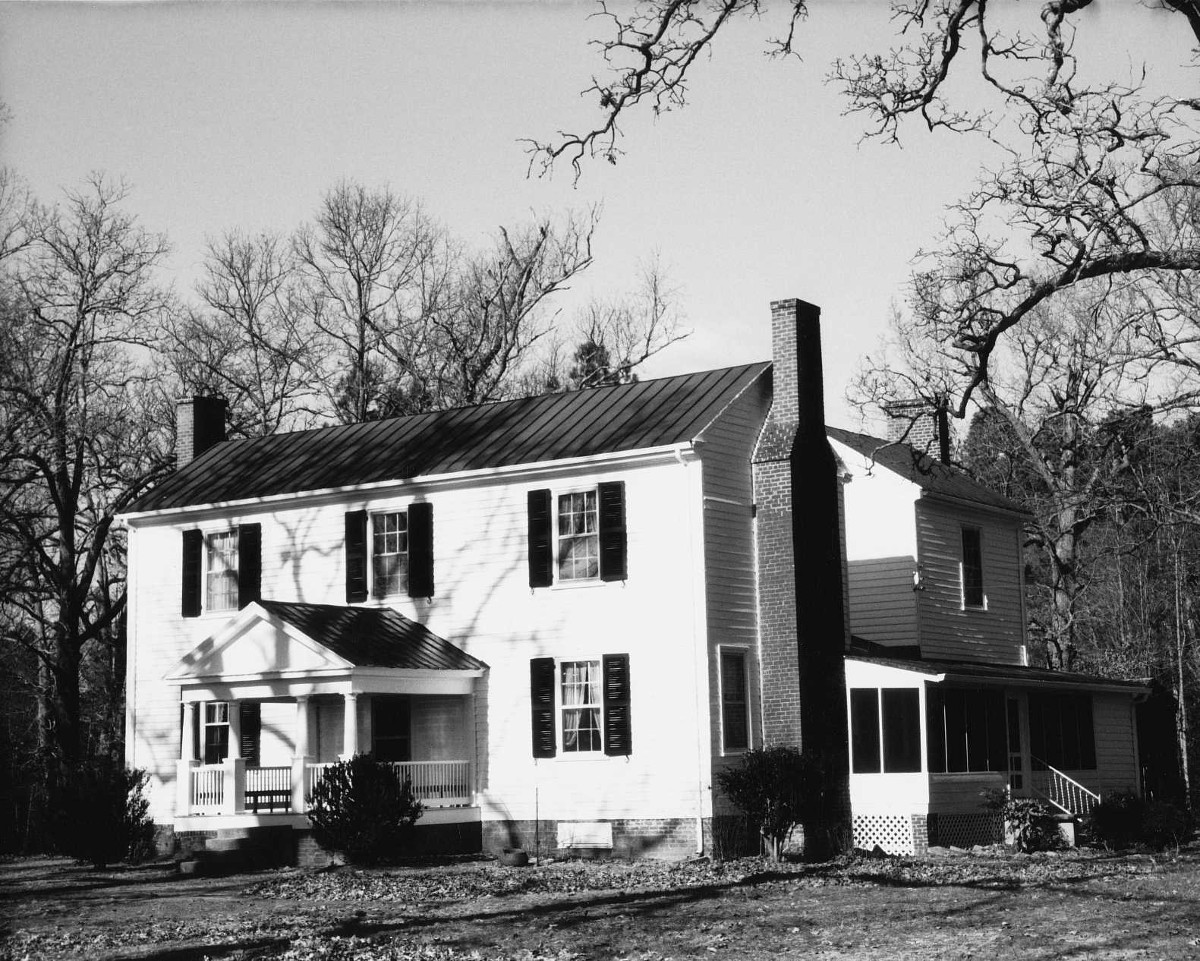 The soil of eastern Lunenburg County is particularly suited for tobacco. The landscape of tobacco cultivation and production is preserved in the Jones Farm, an agricultural unit assembled in the 1840s by L. C. Jones. Jones completed the present country Greek Revival dwelling by 1846. Like a number of old southside houses, it began as a smaller two-story structure which became a wing attached by an enclosed hyphen after the main I-house was constructed. The main house preserves its original beaded and molded weatherboards as well as its mantels, stair, and other interior trim. Typical of a tobacco farm, the land is dotted with structures including five tobacco barns and supporting outbuildings. The change in the labor force after the Civil War is reflected by the presence of three ca. 1900 tenant houses. The farm is still owned by descendants of the original owner.