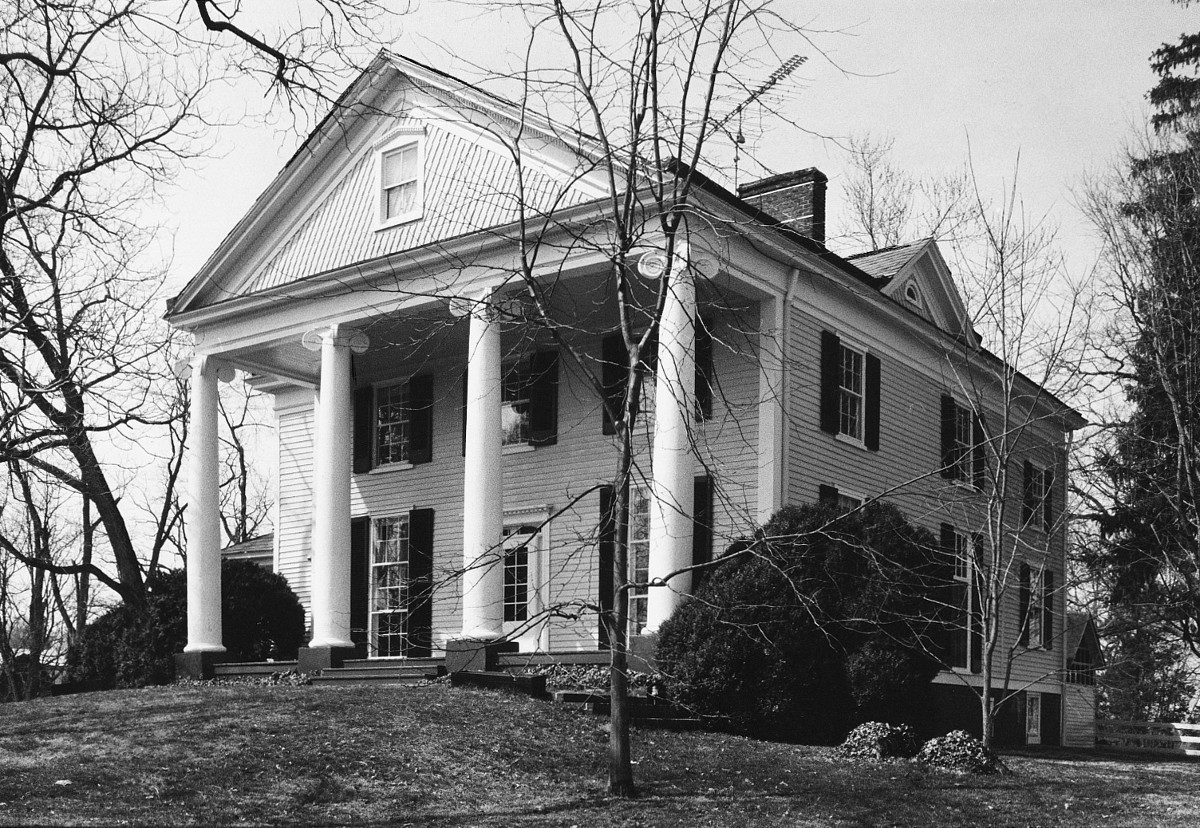 The Greek Revival style permeated nearly every corner of antebellum America. No structure, however remote, was safe from being adorned as an ancient temple with columns and entablatures. Such predilection for classical trappings gripped John Hancock Lee and his wife, Frances Madison Willis Lee, when they commissioned a residence for their farm originally called Buena Vista. Constructed in the 1840s by a yet-unidentified housewright, their home was embellished with a tetrasyle portico with exaggerated Ionic capitals. The portico originally had no pediment but was topped by a simple blocking course. Around 1900, the house was remodeled with the addition of a gable roof, giving the portico a steep pediment. A cross gable and rear addition were part of the remodeling. During the Civil War, Brampton, as it later came to be called, served as an observation point for Gen. J. E. B. Stuart.