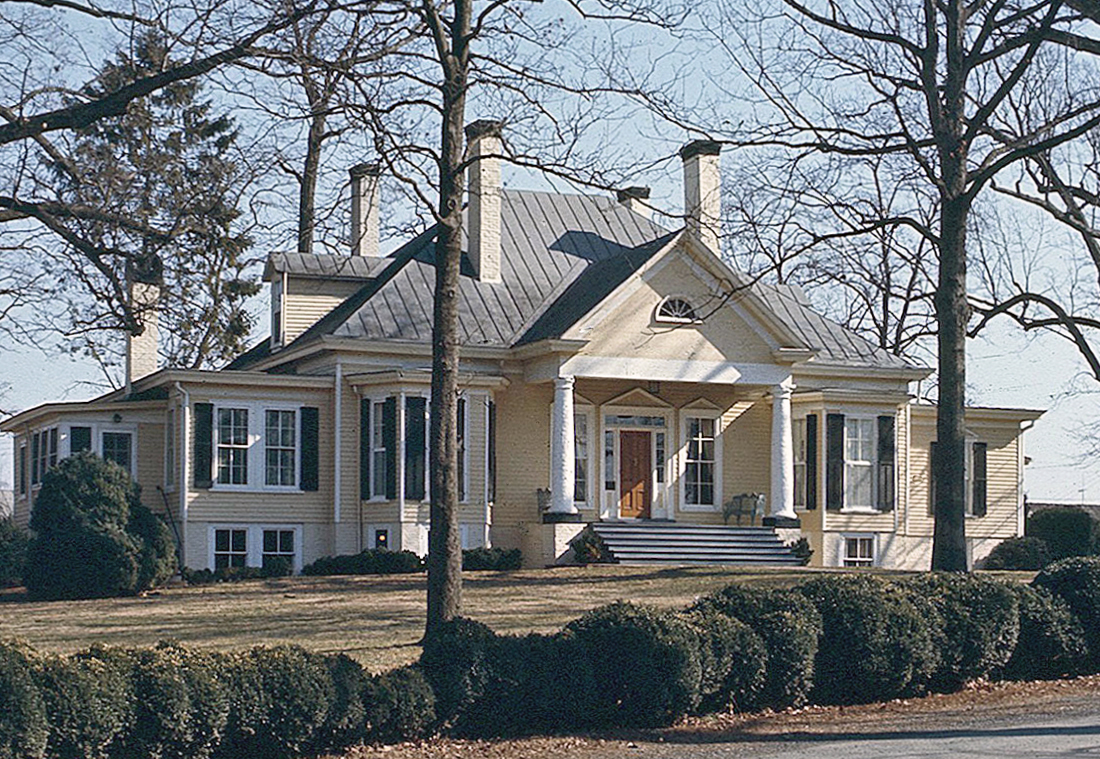 This compact plantation house was built ca. 1793 for William Madison, member of the Virginia House of Delegates for seven consecutive terms and brother of President James Madison. In 1793 Thomas Jefferson was asked by James Madison to supply plans for a house for his brother. James Madison later wrote to Jefferson saying that William had adopted the plans. No Jefferson drawings have been positively identified as the Madison design, but the correspondence authenticates the Jefferson connection. The original, unacademic two-column portico suggests, however, that Jefferson was not involved in the execution. In 1870 the property was purchased by Robert Walker, who remodeled the house in 1884. It was here that Walker founded Woodberry Forest School, naming it after the Madison plantation. The house was renamed The Residence and has served as the headmaster’s house.