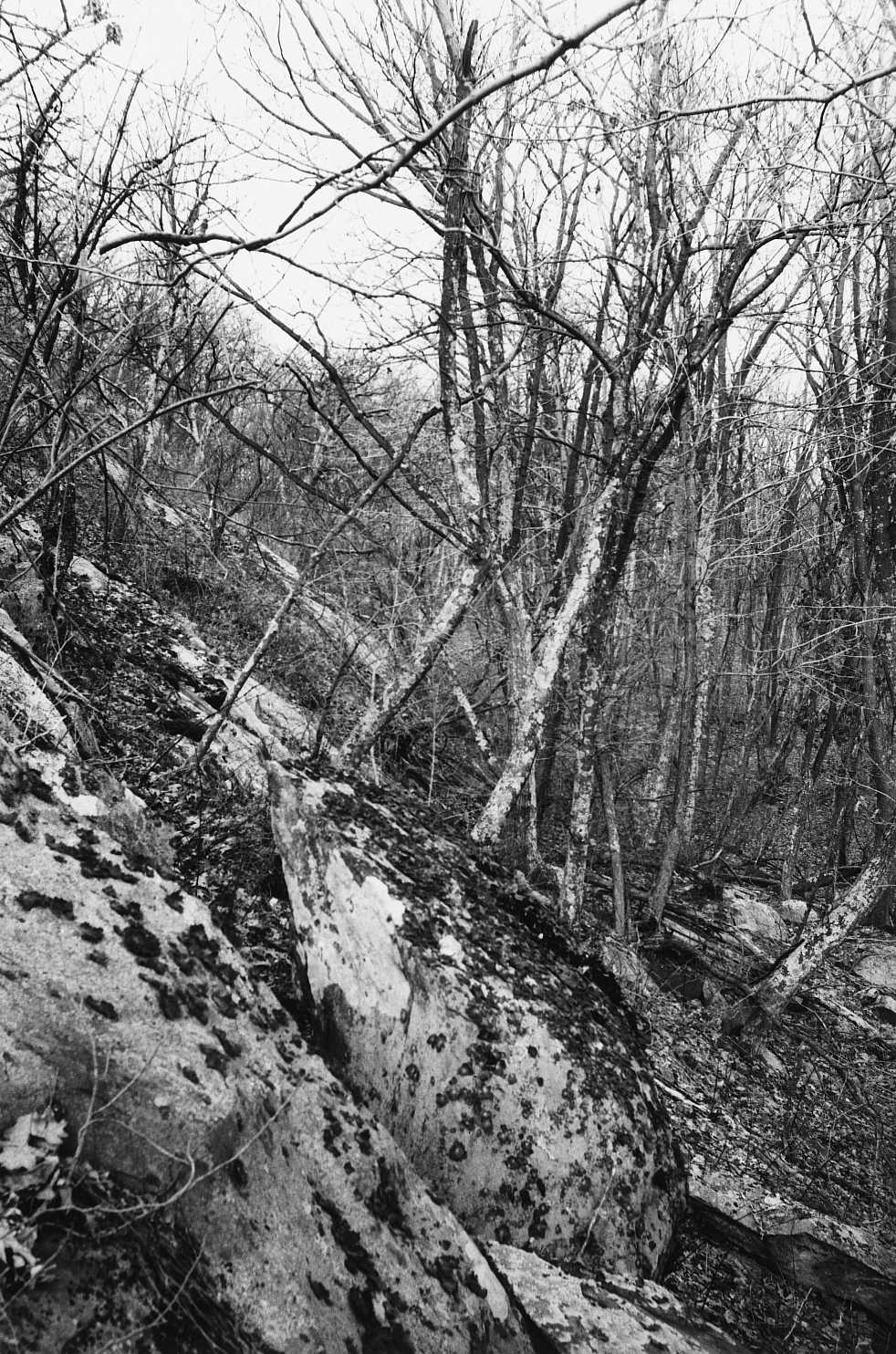 This site on the crest of the Blue Ridge, in the Shenandoah National Park, is Virginia’s only known example of a prehistoric cliff kill site. Despite the absence of faunal remains, analysis of the lithic assemblage supports the interpretation of the site as a kill site dating from mainly the Middle to Late Archaic periods (ca. 4000-1500 B.C.) with a Late Woodland component. The prehistoric inhabitants killed game by driving it over the edge of the cliff, a sheer drop on the eastern edge of Big Meadows. Studies on the relationship between the Cliff Kill site and other Archaic period sites on Big Meadows will allow for increased understanding of settlement and subsistence patterns in the Blue Ridge Mountain region.