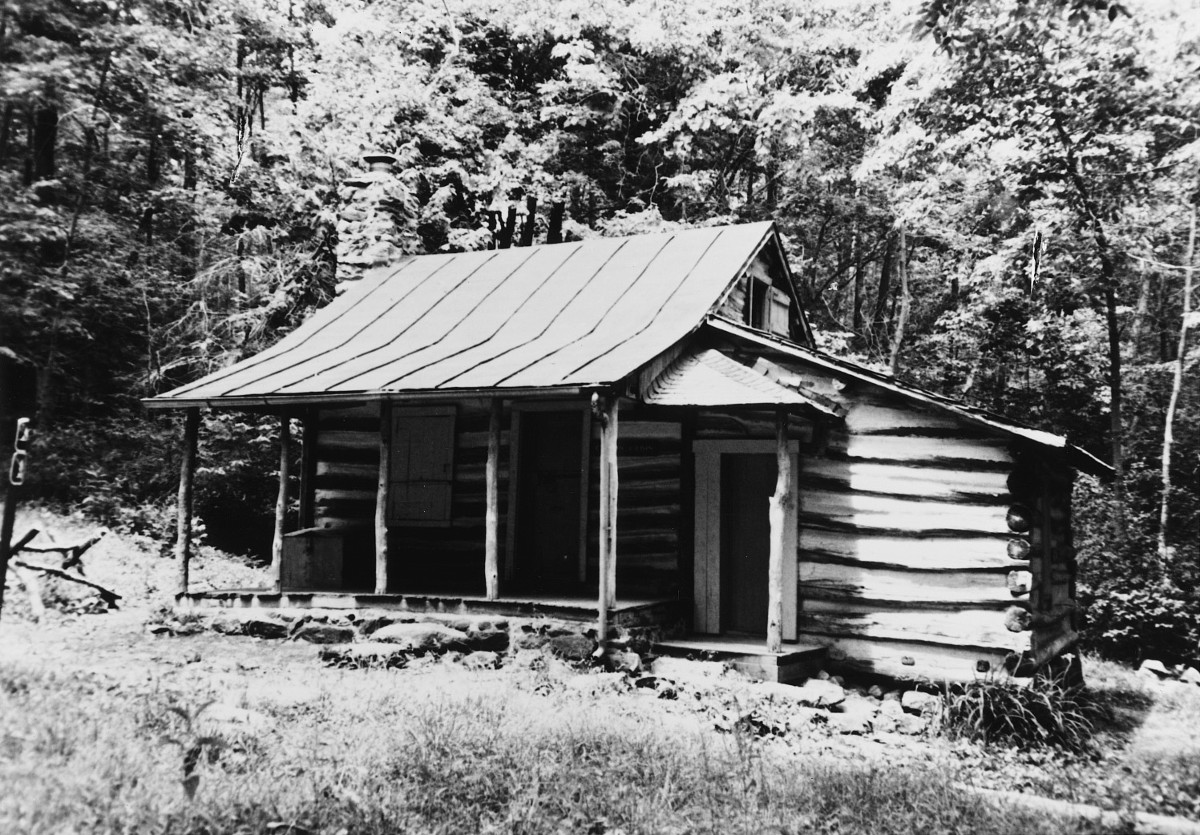 A humble dwelling high in the Blue Ridge Mountains, the Corbin cabin is one of the few remaining intact log houses in the Shenandoah National Park, a relic of a vanished community. It is situated in Nicholson Hollow, a narrow valley settled as early as the late 18th century. The livelihood of these mountaineers depended on grazing, apple growing, distilling, poultry raising, and other agricultural pursuits. Utterly simple, the cabin is typical of the more modest homes of hollow settlements. Using traditional forms and construction techniques, the cabin was built ca. 1921 by George T. Corbin. It originally had a single room with a loft. Corbin added a kitchen and was building a lean-to when he was evicted in 1938 for the creation of the Shenandoah National Park. Since 1954 the cabin has been used as a hikers’ shelter.