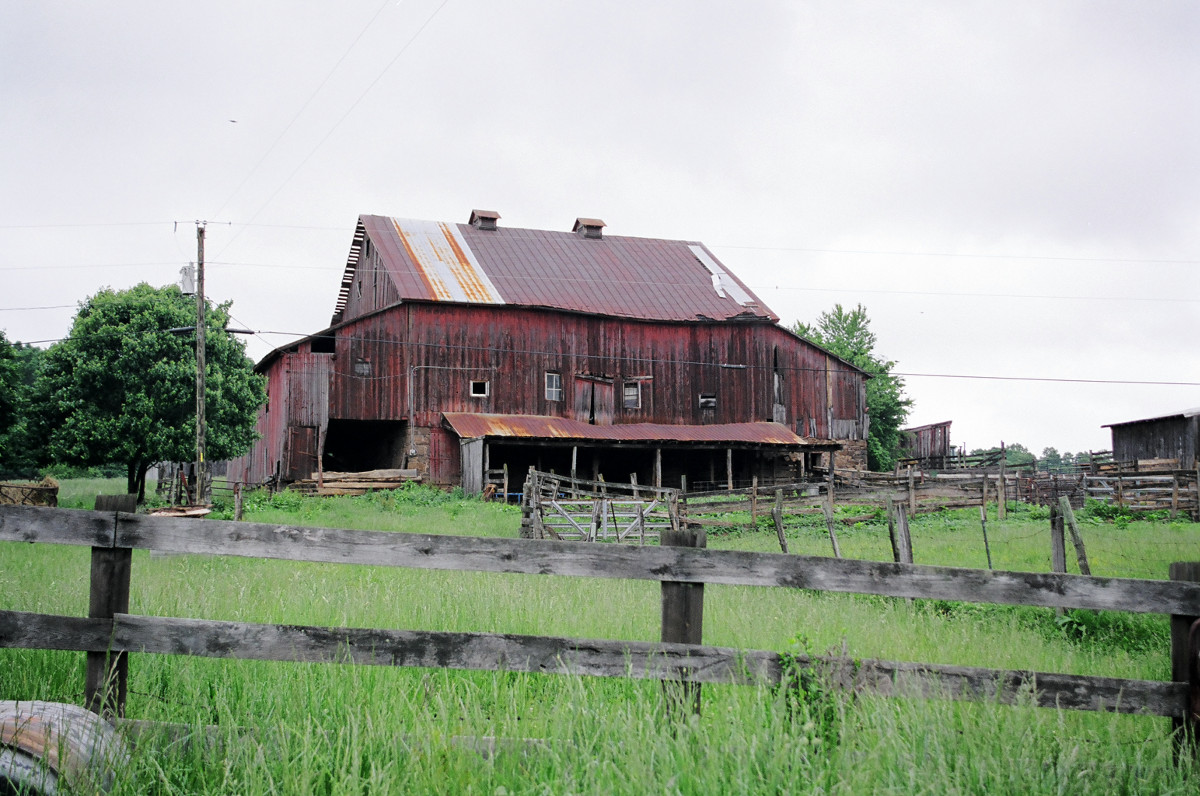 James City Historic District consists of 14 buildings that once comprised the community of James City, a small commercial center in northern Madison County. The district contains a circa 1796 dwelling later incorporated into a tavern and early-19th-century store, another early-19th-century house and store, an 1870 dwelling, a blacksmith shop, and several early-20th-century farm buildings. Founded in 1796 by Daniel James, the village boasted the county’s second post office by 1810 and an ordinary by 1822. On October 10, 1863, James City was caught in the crossfire of Union and Confederate artillery during a battle between Confederate troops commanded by General J.E. B. Stuart and Union troops commanded by General H. Judson Kilpatrick. Some buildings in the town were burned as a result of the conflict, but most escaped damage. James City continued to serve the commercial needs of the area until the last store closed in the 1980s.