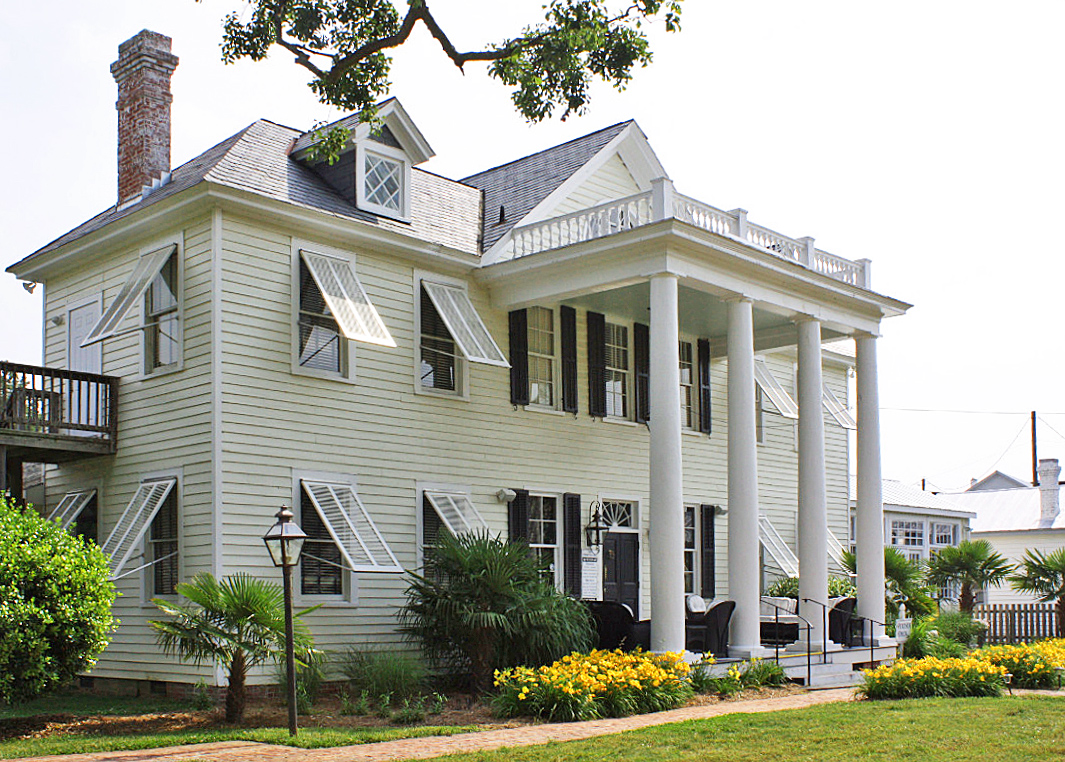 The Lane Hotel building, dating to circa 1840 and situated across from the Mathews County Courthouse in the village of Mathews, has served along with its affiliated buildings as a tavern, hotel, and storehouse. In 1916 during the early automobile age, to attract new customers, the building was likely repositioned on its lot and renovated to present a more imposing edifice. Until 1918, the hotel offered lodging and dining to steamboat travelers, salesmen, and auto-tourists. In the later 20th century, it housed a residence and then a daycare center. At the time of its listing, it operated as The White Dog Inn and served as a bed and breakfast and café.