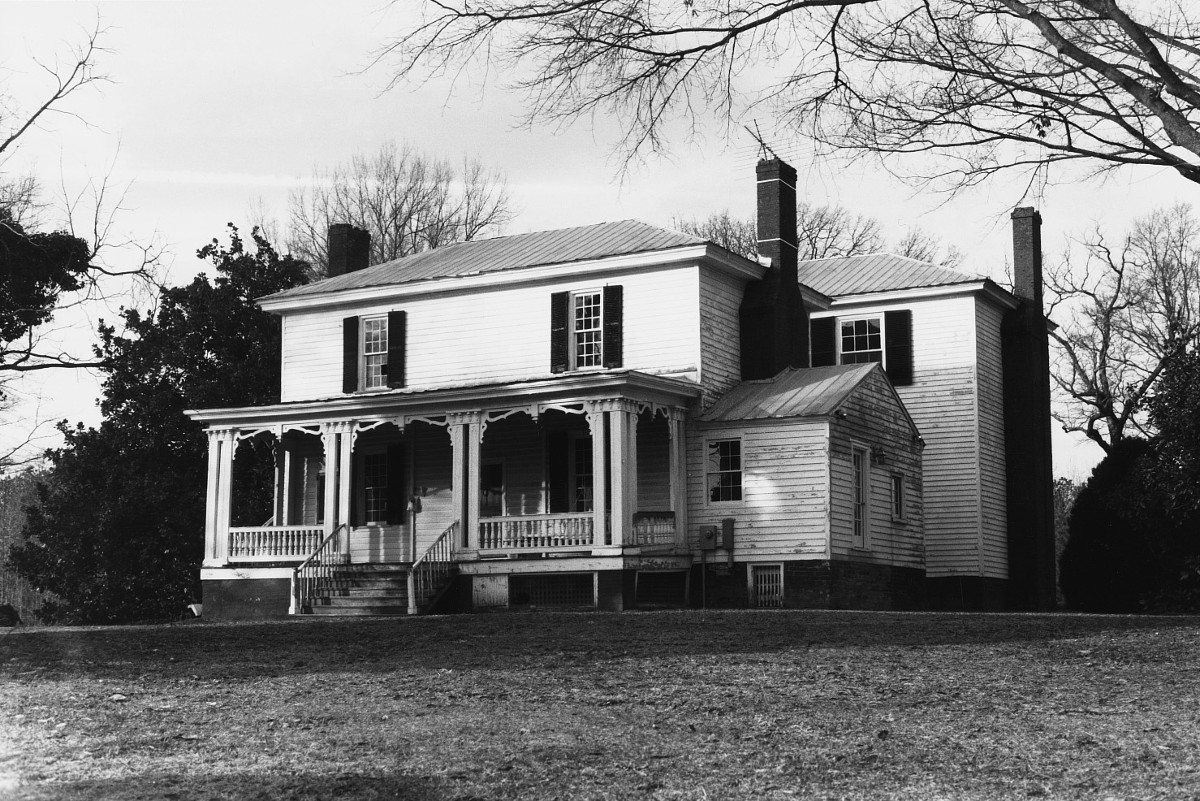 Long Grass, farmed since the early 1800s by generations of the Tarry family, ranks among Mecklenburg County’s finest historic plantation complexes. The original section of the much-evolved H-plan house probably dates to the early 19th century, and began as a compact hall/parlor structure. George Tarry enlarged the house in 1840 with a two-story Greek Revival wing, giving his home a formal front section. The addition is attributed to the prolific regional builder-architect Jacob W. Holt. In the 1850s Tarry expanded the original section with a second story and a large Victorian porch. The existing farm buildings were erected at the turn of the century during the ownership of George B. Tarry. Early outbuildings remaining in the curtilage include a log schoolhouse, a kitchen/laundry, a smokehouse, and an icehouse. Nearby stand a log tenant house and a tobacco pack house.