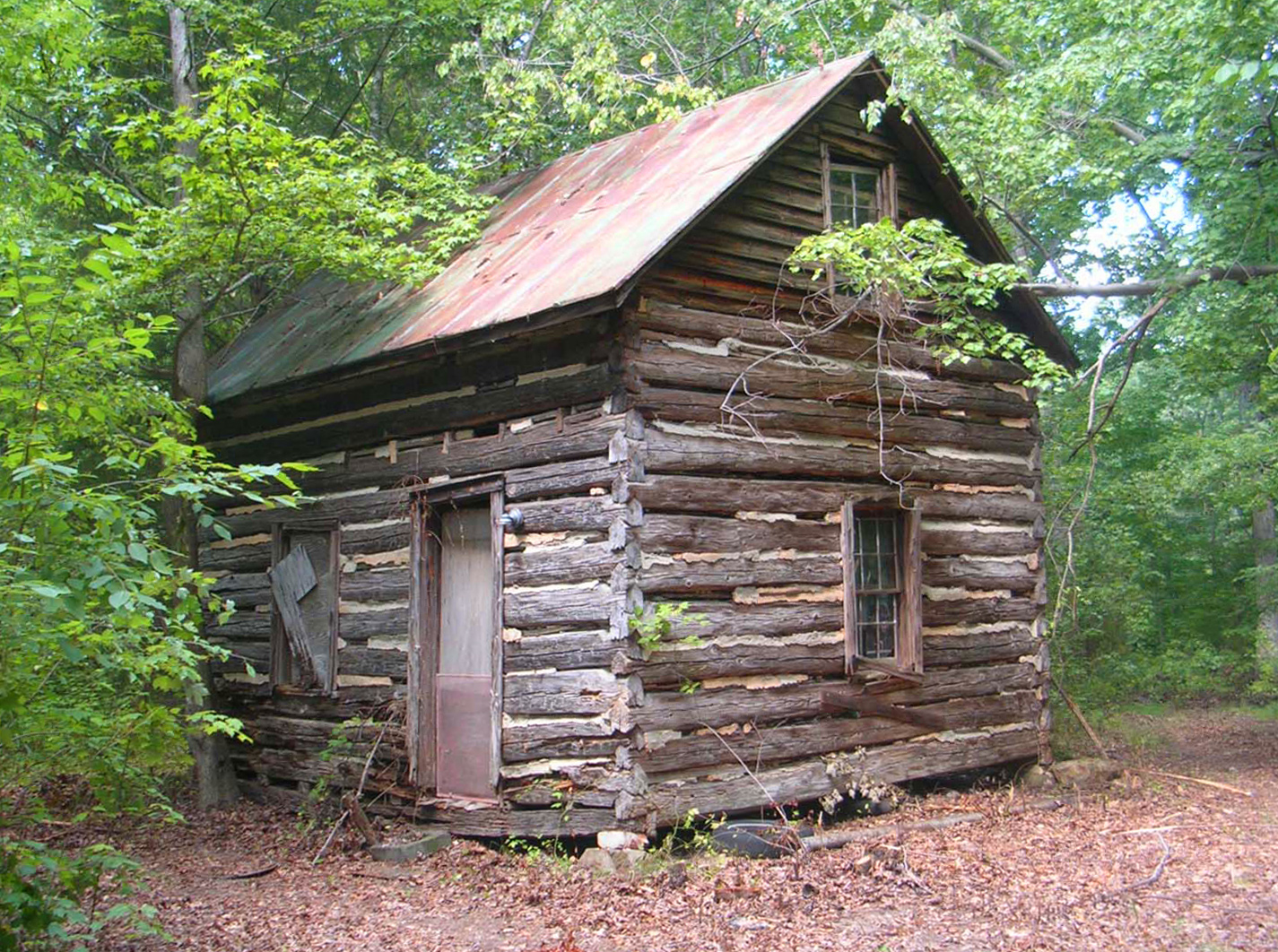 The Patrick Robert “Parker” Sydnor Log Cabin was probably built in the third quarter of the 19th century. A simple structure, it achieved great significance to several generations of African Americans in Mecklenburg County. Originally on land that was part of Prestwould Plantation, the cabin was sold out of the Skipwith family in 1884, and then to Lovice “Vicey” Skipwith in 1888, a former slave at Prestwould. It subsequently became a homeplace for several African American families, and became representative of those formerly enslaved families who, when freed, established themselves as tenant farmers on or near their former plantations. Broadly, it is tangible evidence of the post-slavery economic progress experienced by former slaves, and specifically of the newfound financial and personal freedom African American women experienced during Reconstruction. During the 1930s and 1940s, the cabin was also the home of Parker Sydnor, a well-known African American tombstone carver, whose business thrived through the extensive network of African American churches and funeral parlors in the area.

The Patrick Robert “Parker” Sydnor Civil War-era log cabin was upgraded in 2012 from local to statewide significance in the National Register of Historic Places.
[NRHP Accepted: 11/28/2012]