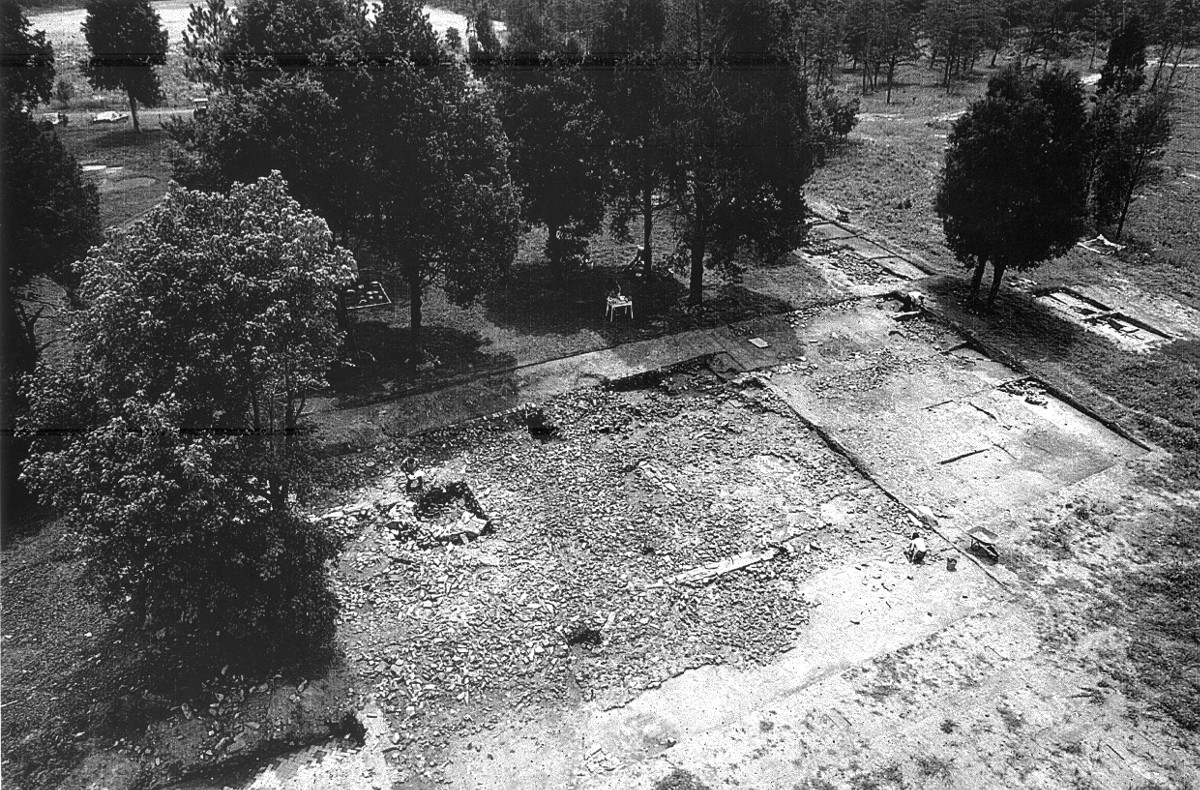 Following his term as the colony’s lieutenant governor, Alexander Spotswood resided at his Spotsylvania (later Orange) County estate where in the 1720s he erected a brick and stone mansion with outbuildings and terraced gardens overlooking the Rapidan River. His plantation formed part of the Germanna community, first established in 1714 as Fort Germanna, where Germans settlers prospected for minerals, including iron ores, for Spotswood’s Tubal Furnace. After Spotswood’s death in 1740, the house was abandoned and later burned. The Germanna site remained undisturbed until 1977 when Virginia Department of Historic Resources archaeologists re-established its location. Excavations in 1984 revealed its general configuration which conforms to William Byrd’s 1732 description of an “enchanted castle.” These remnants of one of the colony’s foremost plantation dwellings and gardens are now owned by the Commonwealth and managed by Mary Washington College (now the University of Mary Washington).