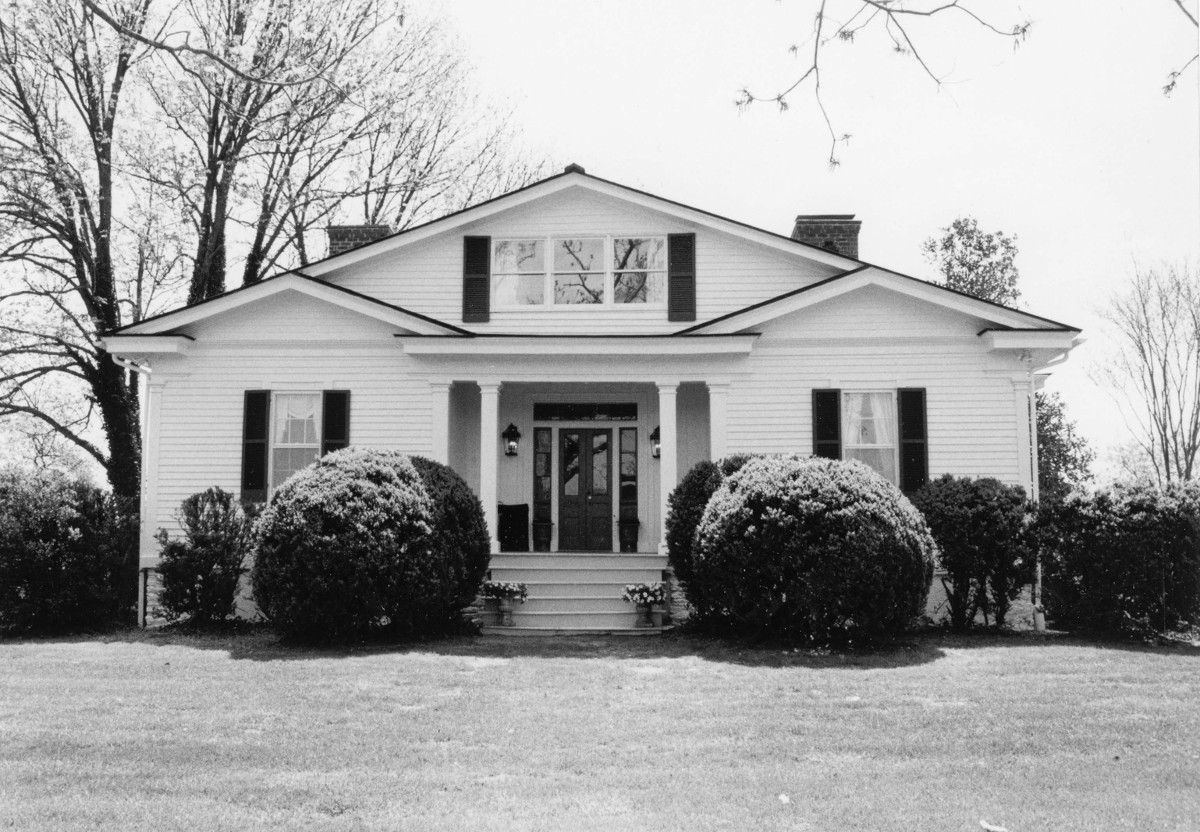 Black Meadow was owned by James Madison, who also gave it its name, until 1830, when he sold it to Coleby Cowherd, a prominent farmer. Located in the rolling Piedmont landscape, just north of Gordonsville, the property eventually passed to Cowherd’s grandson John Wickliffe Scott, who built, circa 1856, its high-style Greek Revival main dwelling, which is representative of the infiltration of pattern books and professional architectural designs into the traditional culture of rural Orange County. Consisting today of 584-plus acres, Black Meadow Farm, currently known as Wolf Trap Farm, also includes slave or tenant quarters, a bent barn stable, a multi-use shed, all dating to circa 1856; a milk house, circa 1916; a tenant house and a dairy barn, both circa 1943; and a Scott family cemetery. The farm’s history exemplifies the evolution of agriculture in southern Orange County which began with wheat and tobacco farming, then developed as a dairy complex during the 19th century. Today it is an equestrian facility.