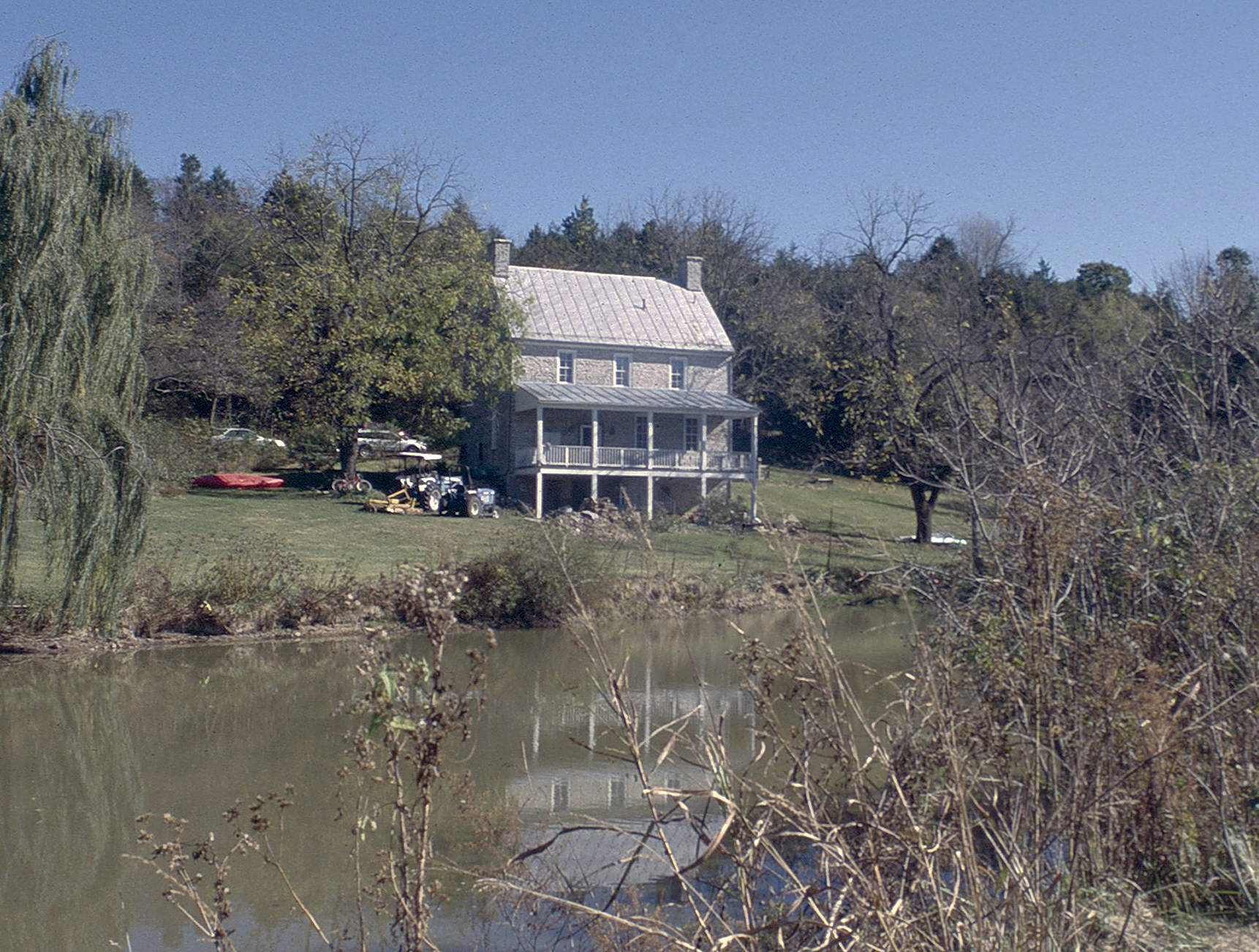 Built ca. 1769 for the Stover family, the two-story stone Stover house is part of Page County’s collection of early German-style dwellings. Remarkably well preserved, Fort Stover retains early woodwork with what may be original paint. As in a number of these houses, the architecture shows the influence of Anglo-American models, particularly in the use of end chimneys instead of the more purely German center chimney. Despite this, the house employs the traditional German three-room floor plan, known as the Flurkuchenhaus plan because of the location of the kitchen, or kuche, in the main part of the house. Another Germanic feature is the vaulted cellar room associated with vernacular houses of the Rhineland and used for food storage. The defensive appearance of these cellar vaults has led to the mistaken notion that houses with such rooms were built as forts.