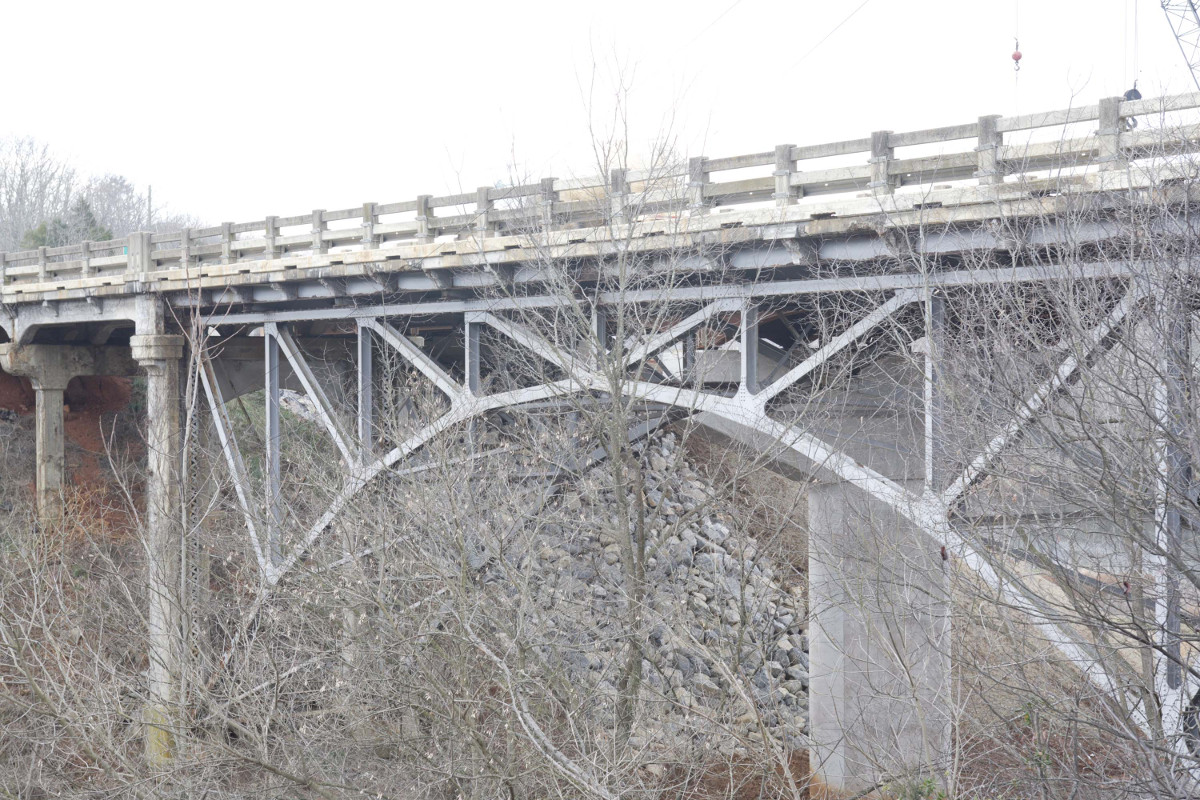 Page County Bridge No. 1990, known as Overall Bridge, is a single-span Pratt deck arch metal truss bridge, built in 1938 by the Virginia Department of Highways. It carries U.S. 340 across Overall Run, a tributary of the South Fork of the Shenandoah River. The bridge is one of two remaining bridges of its style in the state (the other will be demolished). Overall Bridge was built during a major realignment of the main highway, then State Highway 12, in the Page Valley between Front Royal and Luray to accommodate increased car and truck traffic. The Overall Bridge adapts a common engineering technology—though one of the later, less-favored and more specialized forms of truss design—well suited to the site. The location and height of the bridge route, across a deep ravine in steeply rolling terrain, was made possible by the use of this specialized truss form. The bridge demonstrates the evolution of transportation routes in Page County and the specialization of bridge engineering.