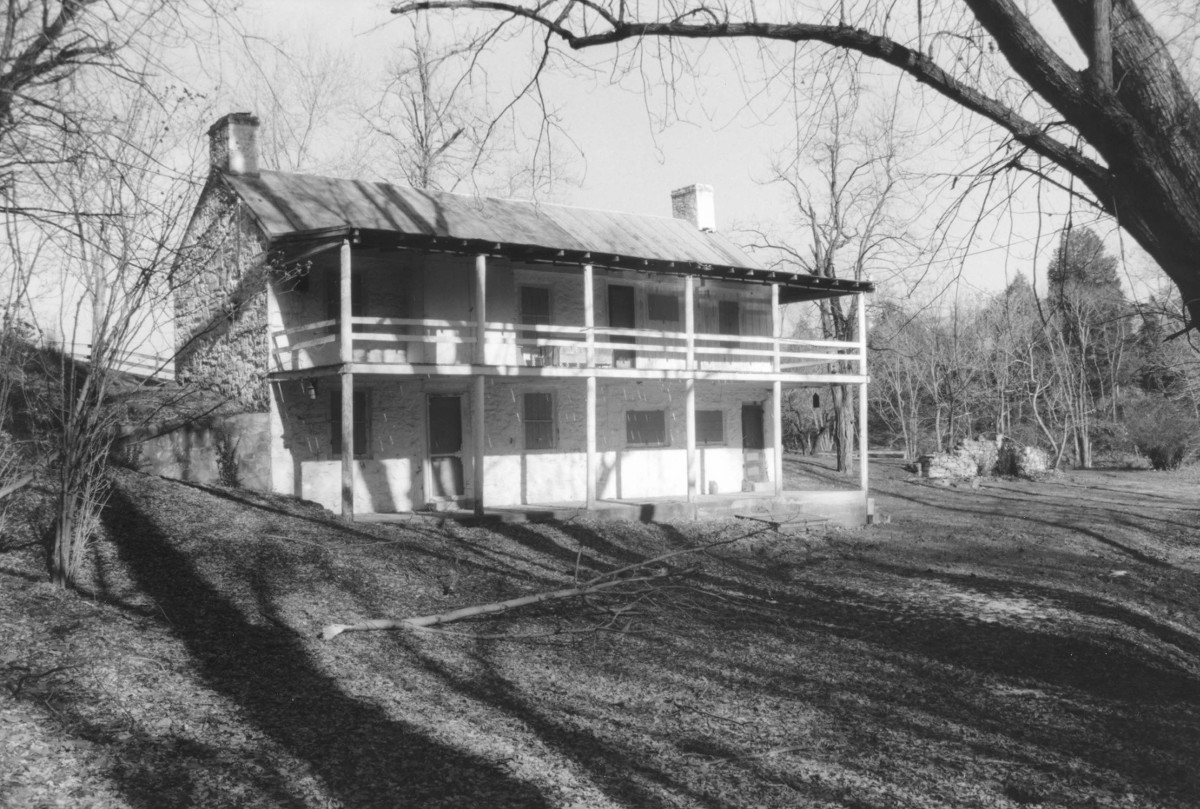 Located just north of Luray, the Redwell-Isabella Furnace Historic District bounds approximately nine acres on the west bank of Hawksbill Creek, a tributary of the South Fork of the Shenandoah River. The steeply-to-gently sloping site consists of pasture, woodlots, and the oblong pool of Yager Spring, the power source for the furnace and later mills. Derrick Pennybacker is believed to have established the Redwell Furnace in 1787, making it the county’s oldest iron furnace. Later known as Isabella Furnace, it operated until the 1840s; subsequently, a forge, flourmill, and woolen factory operated at the location into the late 19th century. The district includes a cemetery (now devoid of markers), a stone foundation, the furnace bridge mound, and two circa 1800 buildings—the Isabella Furnace Office, a two-story stone building with Georgian interior detail, and the Yager Spring House. The property also contains a two-story stone structure, with a large fireplace for cooking and a later 1965 stone-and-frame addition. Luray has acquired the property and is exploring options for its rehabilitation.