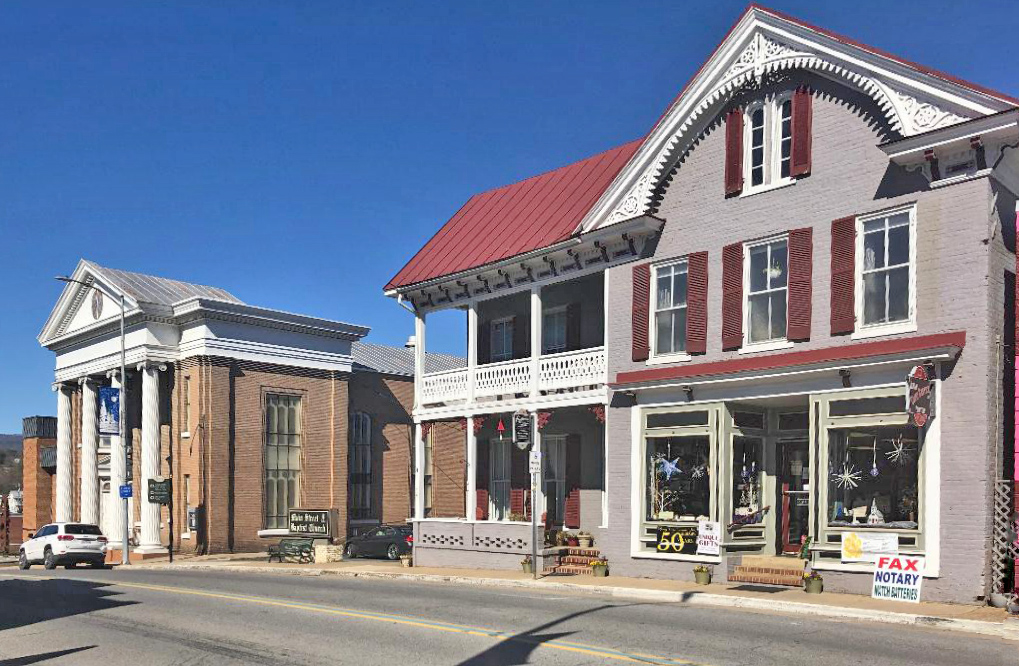 Luray Downtown Historic District embraces the historic commercial core of the Page County seat of Luray, which developed after the town’s establishment in 1812. Extending along Main Street from the Norfolk Southern rail line on the east to the park-like grounds of the 1930–1931 Mimslyn Hotel on the west, the district is dense with mostly commercial buildings dating from the 1830s through the 1940s. The town and its commercial center especially prospered after Luray was made the seat of Page County in 1831 and after the arrival of the Shenandoah Valley Railroad in 1881. The district contains many examples of 19th- and 20th-century commercial, religious, and institutional buildings with characteristic architectural elaborations. A range of architectural styles is represented including the 1833 Jeffersonian Classical Page County Courthouse, Federal and Greek Revival-style commercial/residential buildings, the 1906 Queen Anne and Tudor Revival Norfolk and Western Railway Depot, and the 1938 Colonial Revival Post Office.