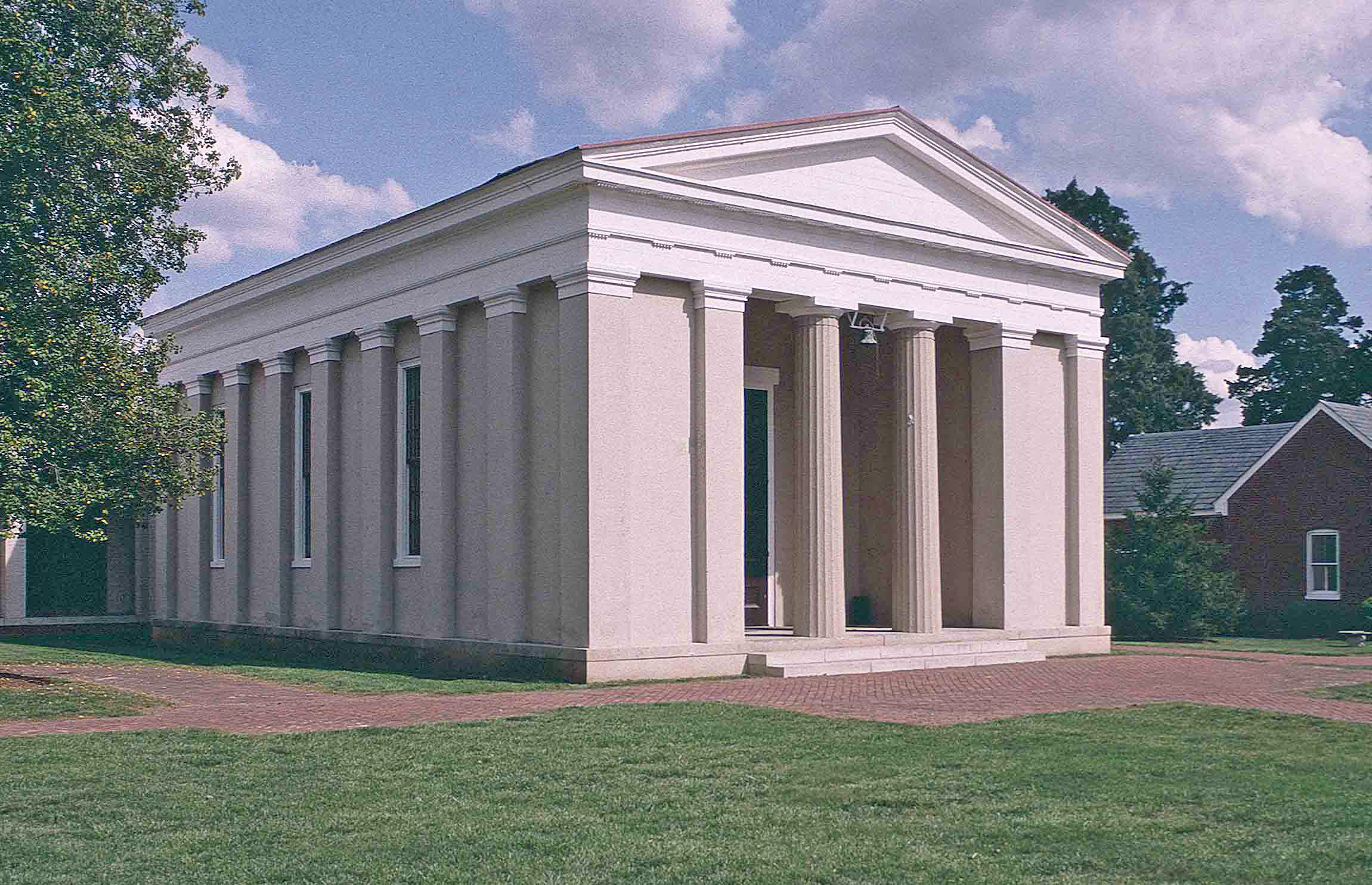 Laid out in 1777, the compact Powhatan Courthouse Historic District focuses on the diminutive 1849 courthouse (pictured above), a masterpiece of Greek Revival design by Alexander Jackson Davis of New York. Davis’s association with this rural county resulted from the patronage of Philip St. George Cocke, who commissioned Davis to design his Gothic Revival mansion, Belmead. Cocke was also instrumental in having Davis design the Gothic buildings for Virginia Military Institute. He served as a commissioner for the new courthouse in which capacity he obtained a design from Davis for $30.00. The builder was K. Lewis Johnson of Hanover County. Other early buildings on the court square are the 1797 former clerk’s office, and the ca. 1826 jail. Beside the square is the late-18th-century, double-galleried Courthouse Tavern, one of the state’s best-preserved county seat taverns.