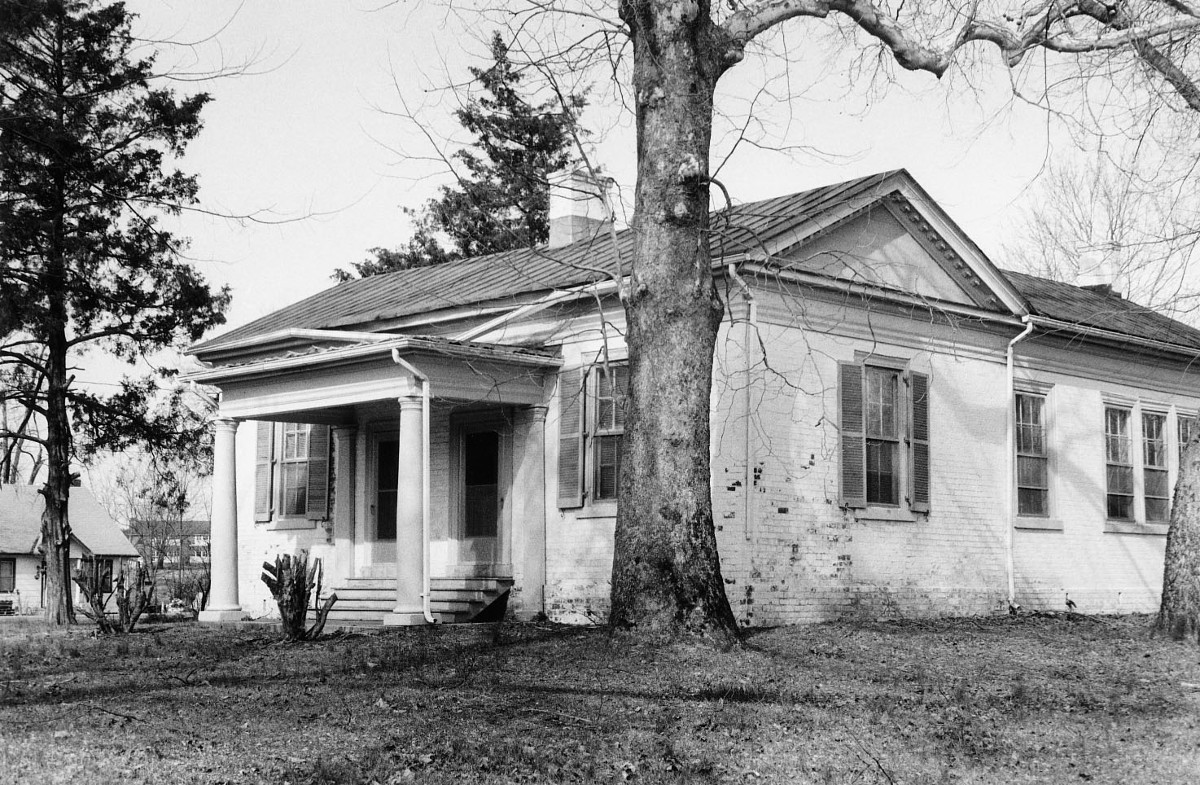 The former clerk’s office of Prince Edward County, the third to serve the county, is a relic of the period when the tiny settlement of Worsham was the county seat, formerly known as Prince Edward Court House. The last courthouse here was built in 1832. It was for this structure that the clerk’s office was erected in 1855 by the builders Guthrey and Thaxton. The small but refined building is a relatively late expression of the Classical Revival and illustrates the style’s persistence in rural areas. The courthouse was demolished after the county seat was moved to Farmville in 1872, and the clerk’s office became a dormitory for Prince Edward Academy. It later housed a public school and eventually was converted to a residence. It was reacquired by the county in 1977 but stands unused.