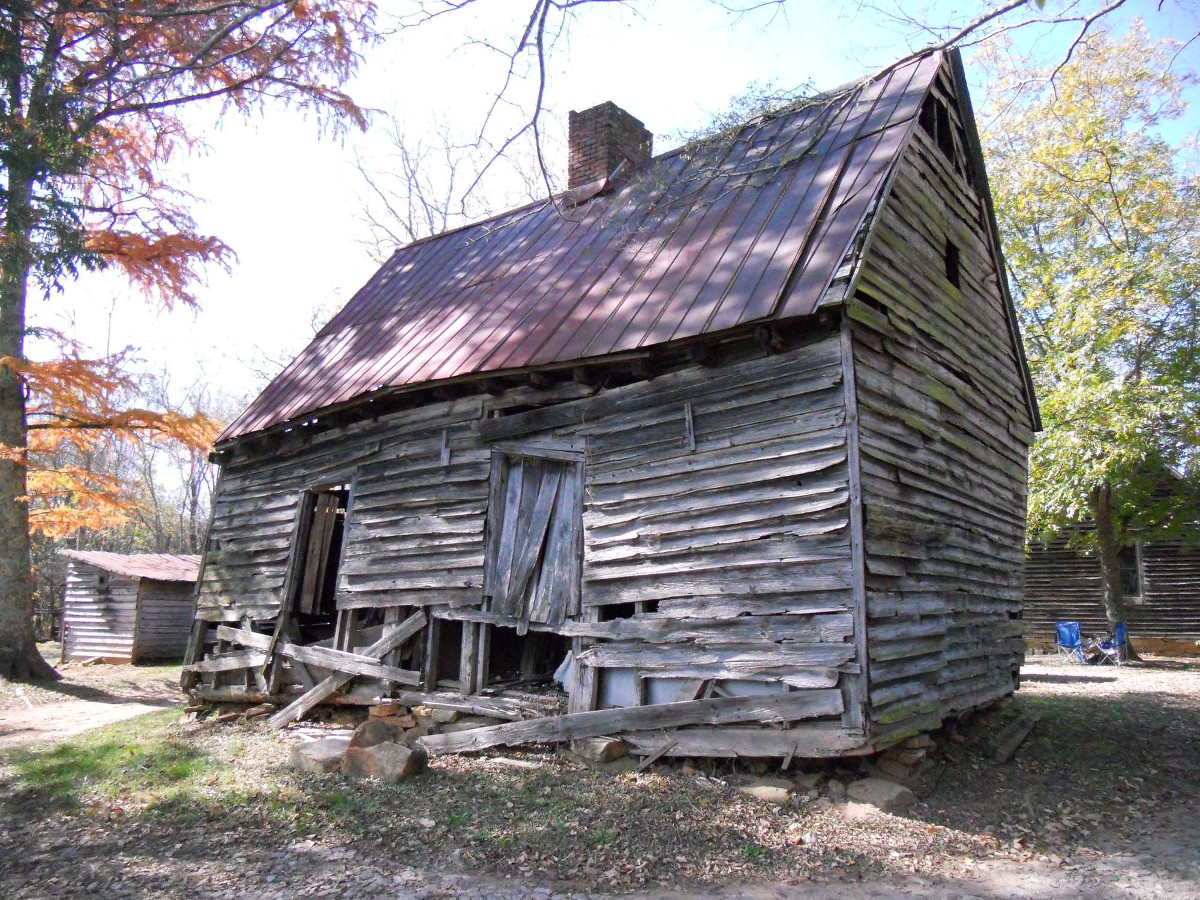 The Robert Russa Moton Boyhood Home is located on a former plantation and farmstead known as Pleasant Shade in rural Prince Edward County, about 10 miles east of Farmville. Covering 246 acres today, the property contains a main house and a now-dilapidated kitchen-quarter building where Moton lived as a boy. One of the most prominent African American educators in the U.S. during the first decades of the 20th century, and president of the Tuskegee Institute after the death of Booker T. Washington, Moton (1867-1940) lived at Pleasant Shade from 1869 to 1880. His boyhood there shaped his conservative vision of race relations in America and in the South. The Pleasant Shade property, with existing portions dating back to 1746, is also important for its direct association with the April 6, 1865, Battle of Sayler’s Creek, the last major Civil War battle in Virginia before Confederate General Robert E. Lee’s surrender at Appomattox.  A visit to the property in 2021 revealed that the kitchen-quarter building that was Robert Russa Moton’s boyhood home is no longer extant.