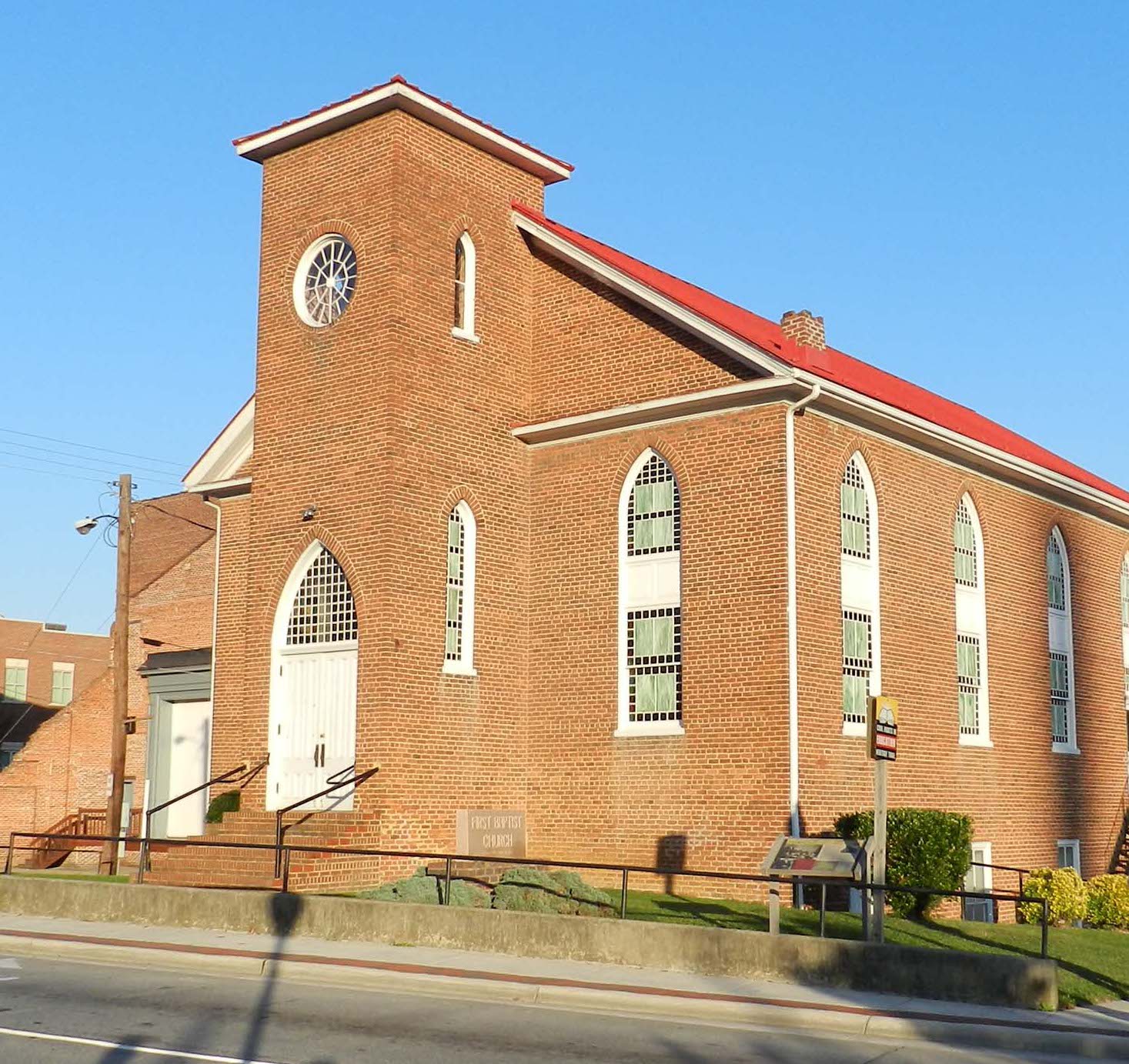 The First Baptist Church in the Farmville Historic District, founded 1867, emerged as a center for the local black community under the leadership of its pastor, the Reverend L. Francis Griffin, when it sought to desegregate Prince Edward County’s public schools during the 1950s and 1960s. Within weeks of an April 1951 student strike at the all-black Robert Russa Moton High School, Griffin successfully led efforts at the church to get youth, parents, and community leaders to support an important lawsuit of the NAACP (National Association for the Advancement of Colored People). That federal suit filed in May 1951 as Davis v. County School Board of Prince Edward County, Virginia was consolidated with four others into the landmark 1954 Brown v. Board of Education case that resulted in the U.S. Supreme Court outlawing public school segregation. Rev. Griffin also pushed to get a privately funded and administered school opened in September 1963 to serve the county’s African American students, after Prince Edward County closed its public schools beginning in September 1959 to avoid integration. In September 1964 the county integrated its schools after the Supreme Court ruled against it in Griffin v. County School Board of Prince Edward County.