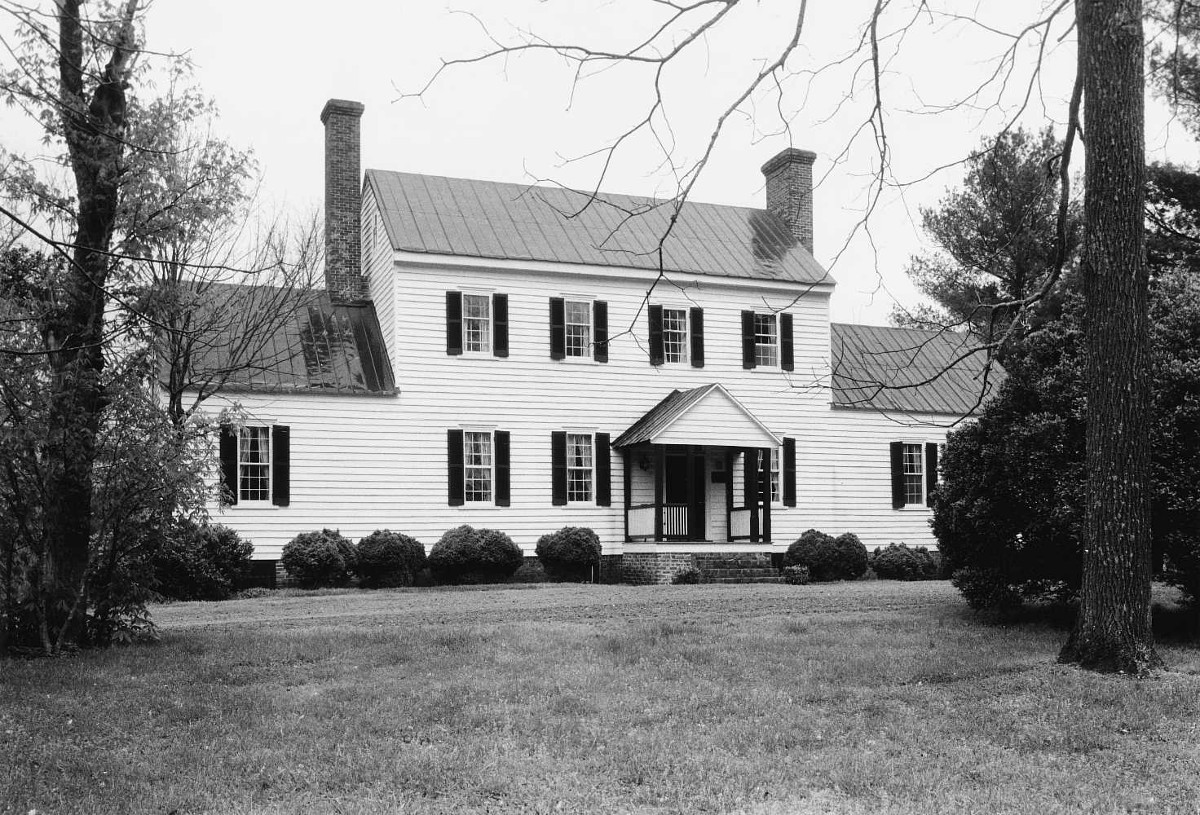 One of the earliest remaining houses in Prince Edward County, Falkland was built in the last quarter of the 18th century for Francis Watkins, Sr., a longtime county clerk and trustee of Hampden-Sydney College. The four-bay, hall/parlor dwelling is a little altered vernacular house of a type found throughout the upper South from the Virginia Piedmont westward. Falkland is an unusually large example, with generous scale and original one-story wings of unequal lengths. The house also possesses an interesting store of original woodwork, most of which is a provincial interpretation of late colonial trim. Francis Watkins, Jr., who inherited Falkland, was himself a county magistrate and captain of the local militia. Upon his move to Alabama in 1820, Watkins sold Falkland to his brother-in-law James Wood, a tobacco manufacturer who also was a Hampden-Sydney trustee.