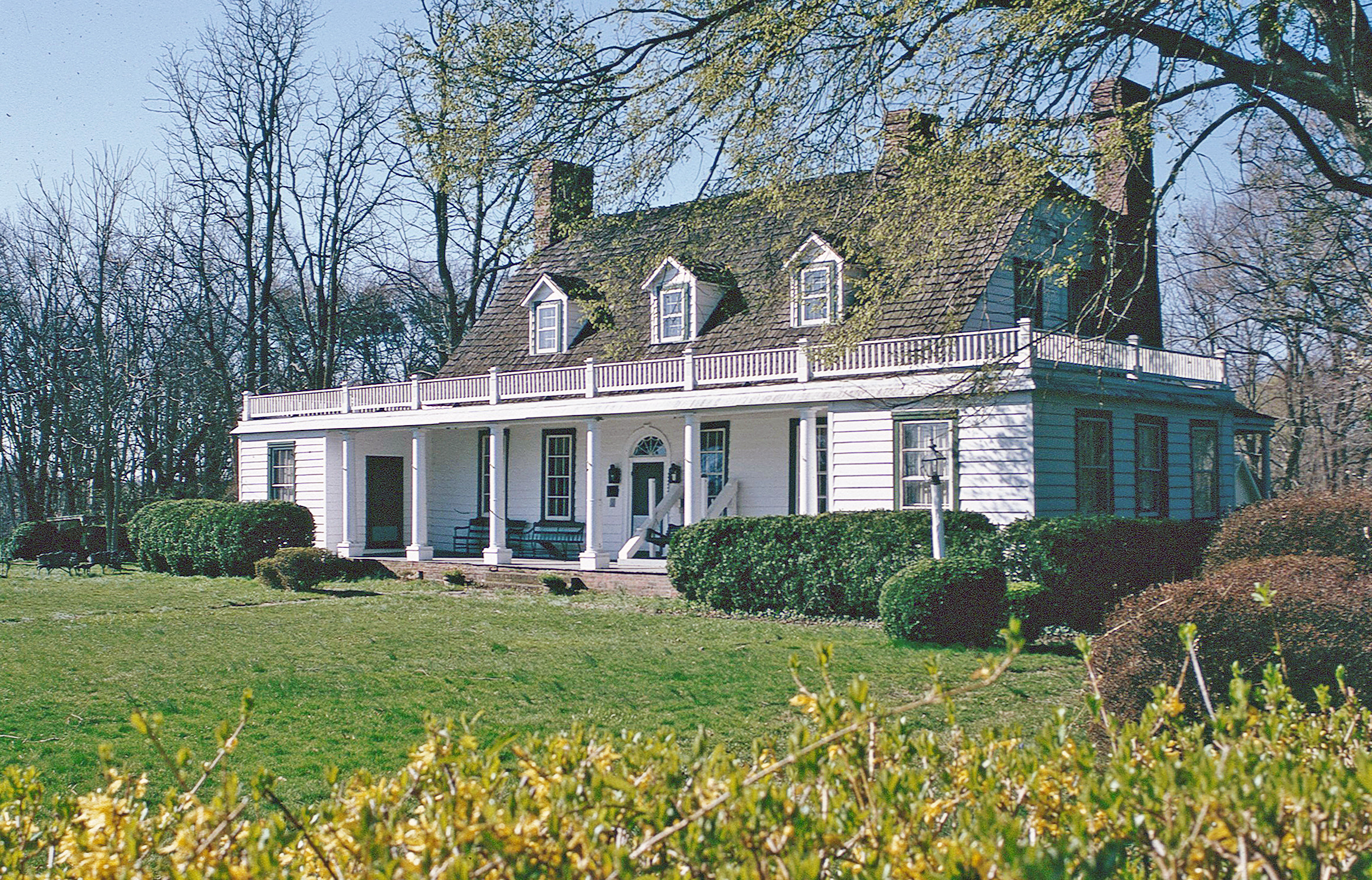 Richard Blackburn, colonial entrepreneur and public servant, built the core of this small plantation dwelling in the second quarter of the 18th century on a tract which he named after his native Rippon (Ripon), England. Among his many pursuits, Blackburn was a building contractor and is said to have designed and built Rippon Lodge himself. Carefully sited on a hill with a view down Neabsco Creek to the Potomac, the house has acquired a picturesque aspect with its numerous later additions, which include a columned veranda. The interior preserves much original fabric including two fully paneled rooms. Blackburn’s son Thomas was active in the Revolutionary War effort and entertained George Washington at Rippon Lodge on several occasions. The architect Benjamin Henry Latrobe also visited here in 1796 and made a sketch of the house showing a now vanished companion structure.