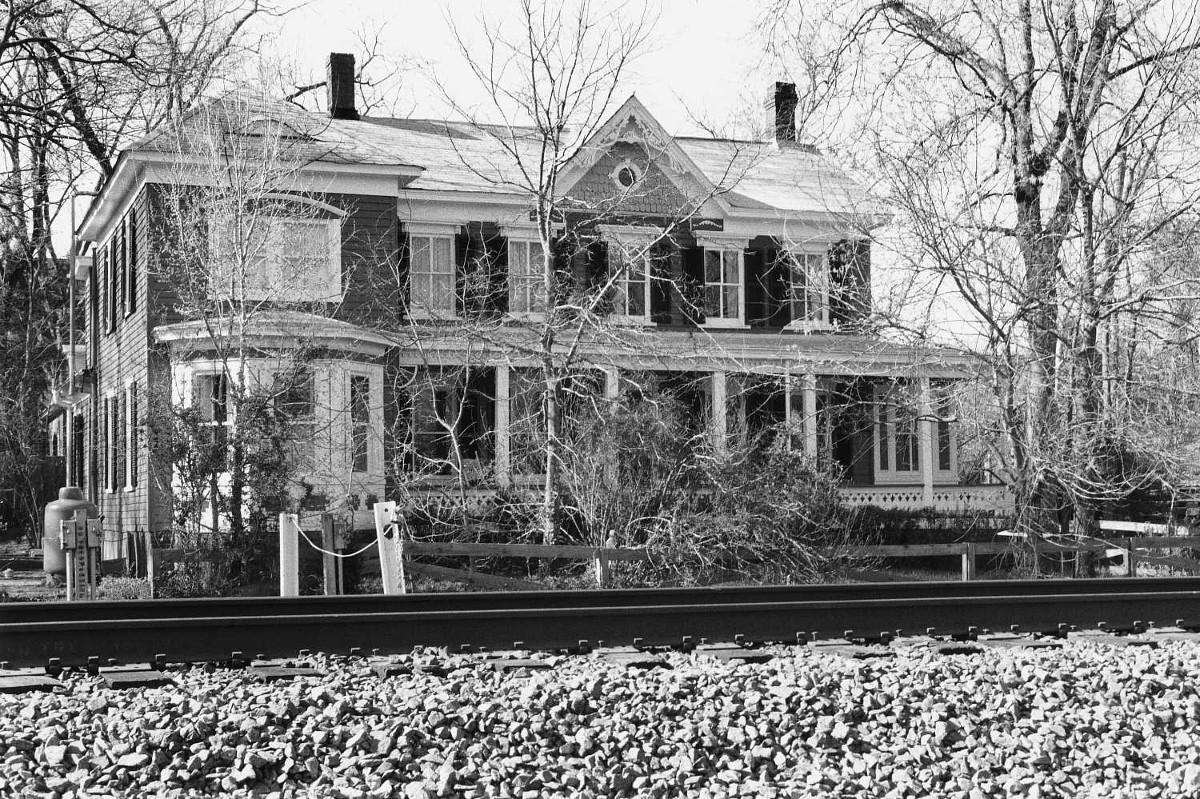 Situated at the intersection of Bristow Road and the Southern Railroad tracks, this rambling Victorian structure is a rare surviving example of a 19th-century combination dwelling and general store. It stands on the brownstone foundations of a house built by Thomas Davis around 1856 and apparently destroyed during the 1863 battle of Bristow. It was replaced soon after the war by a new house called Glee Hall, a simple dwelling that was expanded around 1878. In 1891 Robert Davis added the store section and operated a general store, hardware store, and lumber business on the premises. A post office wing was added in 1920. Sold by the Davis family in 1961, the building has served as an antiques shop and dwelling since 1966 and remains the village of Bristow’s principal historic anchor. Most of the early interior appointments of the store section remain in place.