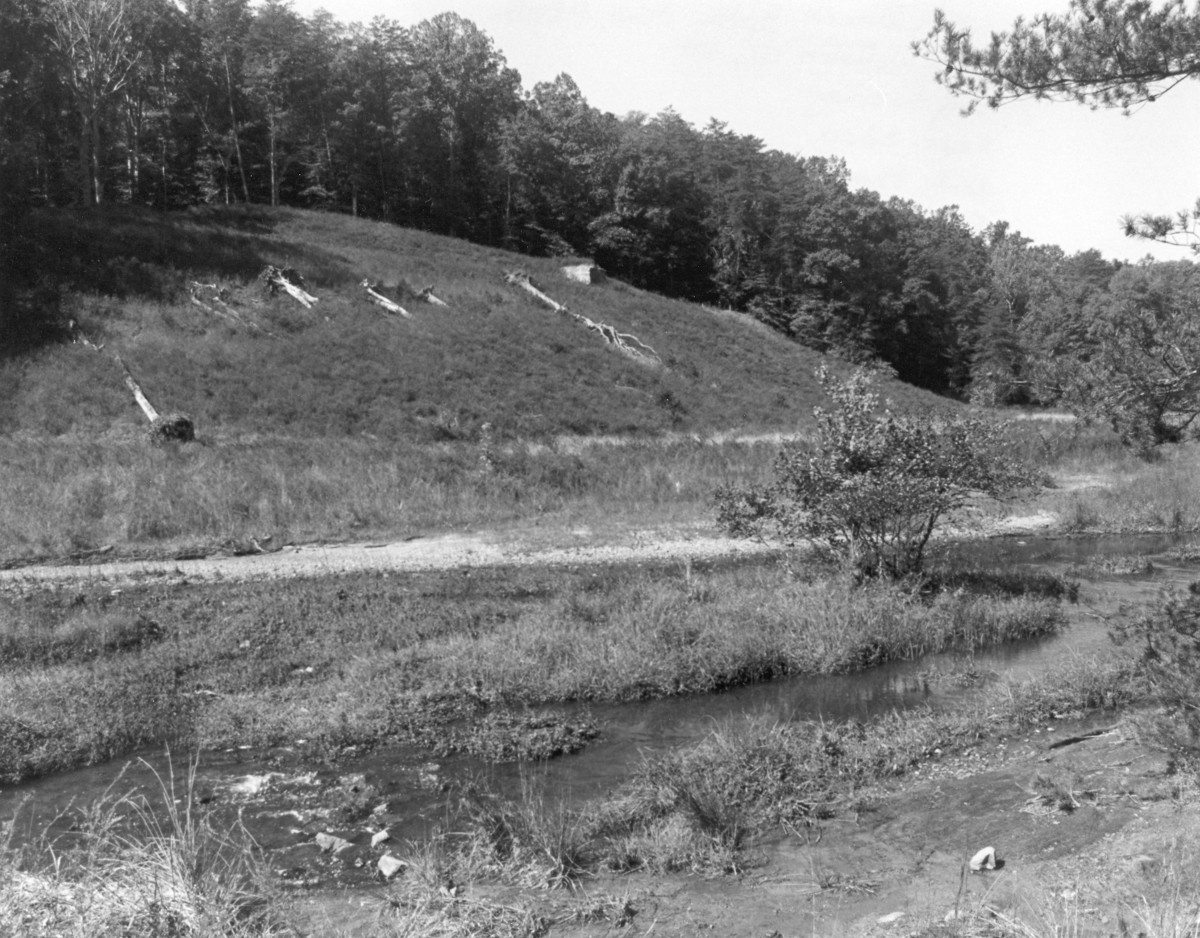 Cabin Branch Pyrite Mine Historic District, located along both sides of the North Branch of Quantico Creek in Prince William Forest Park, includes the major producer of pyrite ore in Virginia from 1889 to 1920. Under the management of the Cabin Branch Mining Company, pyrite ore was shipped to processing plants to yield sulfuric acid, which was used in the manufacture of a wide range of products such as glass, soap, bleach, textiles, paper, fertilizers, and medicines. Since sulfuric acid is an important ingredient in the manufacture of gunpowder, Cabin Branch Mine was vital to the United States during World War I. By 1917, Virginia was producing 37 percent of the nation’s pyrite, more than any other state. Due to a decrease in the need for gunpowder during peacetime and the discovery of larger deposits of pyrite worldwide, the mine closed in 1920. While no structures remain intact at the site, extensive foundations give clear evidence of eight mineshafts, 12 buildings, conveyors, railroads, roads, and large piles of waste material removed from the mine. The ruins have been little disturbed since the mine ceased operations and closed, making the site a valuable source of archaeological data related to the pyrite mining industry.