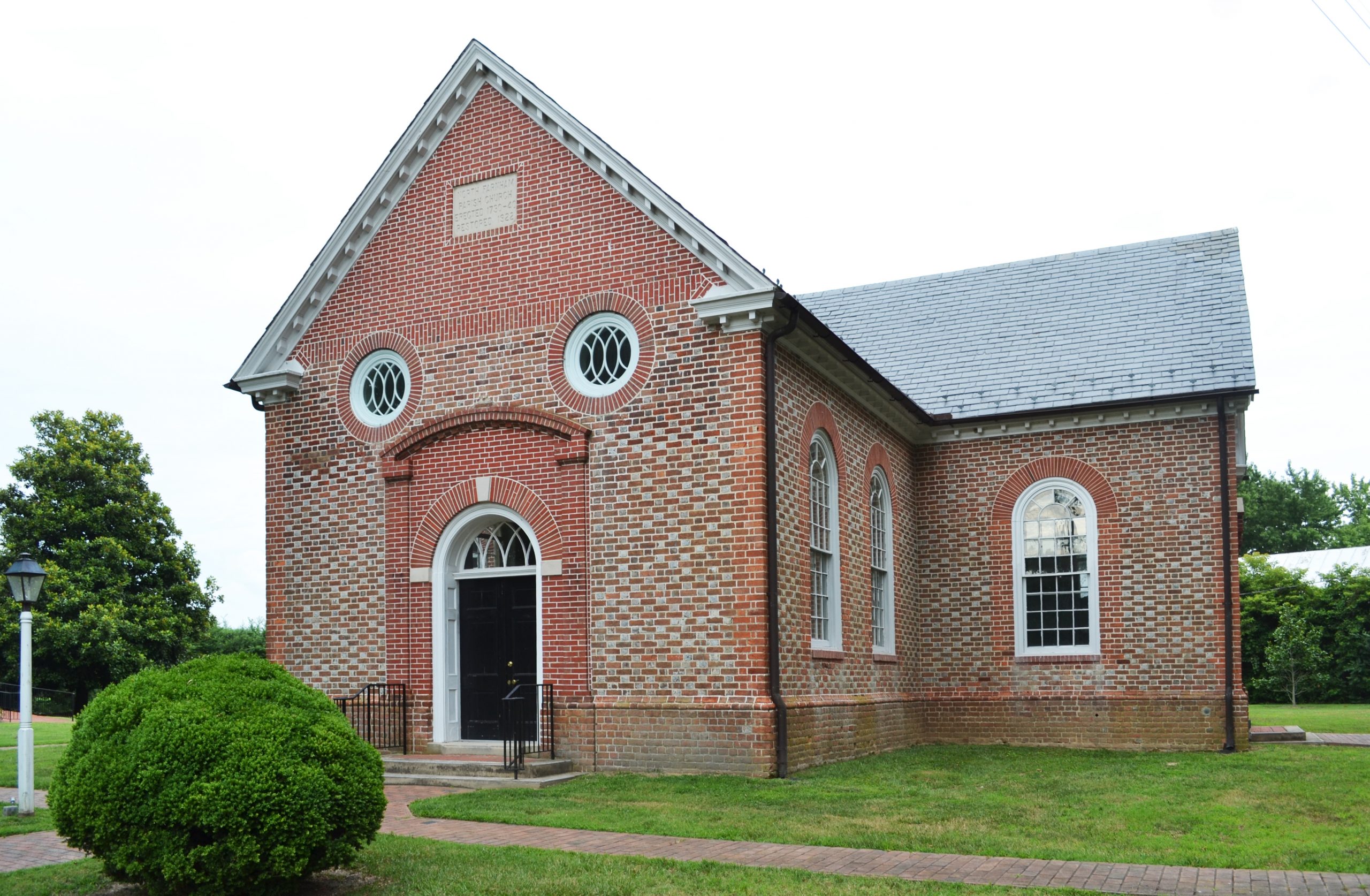 Farnham Church has survived abandonment, wars, and fire. Dominating its tiny crossroads settlement, the church was built ca. 1737 to replace a mid-17th-century church. With a Latin cross plan, the church originally had a hipped roof. Its early parishioners included the Carters of Sabine Hall and the Tayloes of Mount Airy. It was left vacant after the disestablishment and was riddled with bullets in a skirmish during the War of 1812. Federal troops used it to stable horses during the Civil War and, although later restored to service, it was gutted by fire in 1888. It stood a roofless ruin until it was again restored in 1922. The Flemish-bond brick walls, enriched with glazed headers and rubbed-brick corners and jambs, are the only original features remaining. Their superior quality is a signal of the wealth and influence of the colonial-period parish.