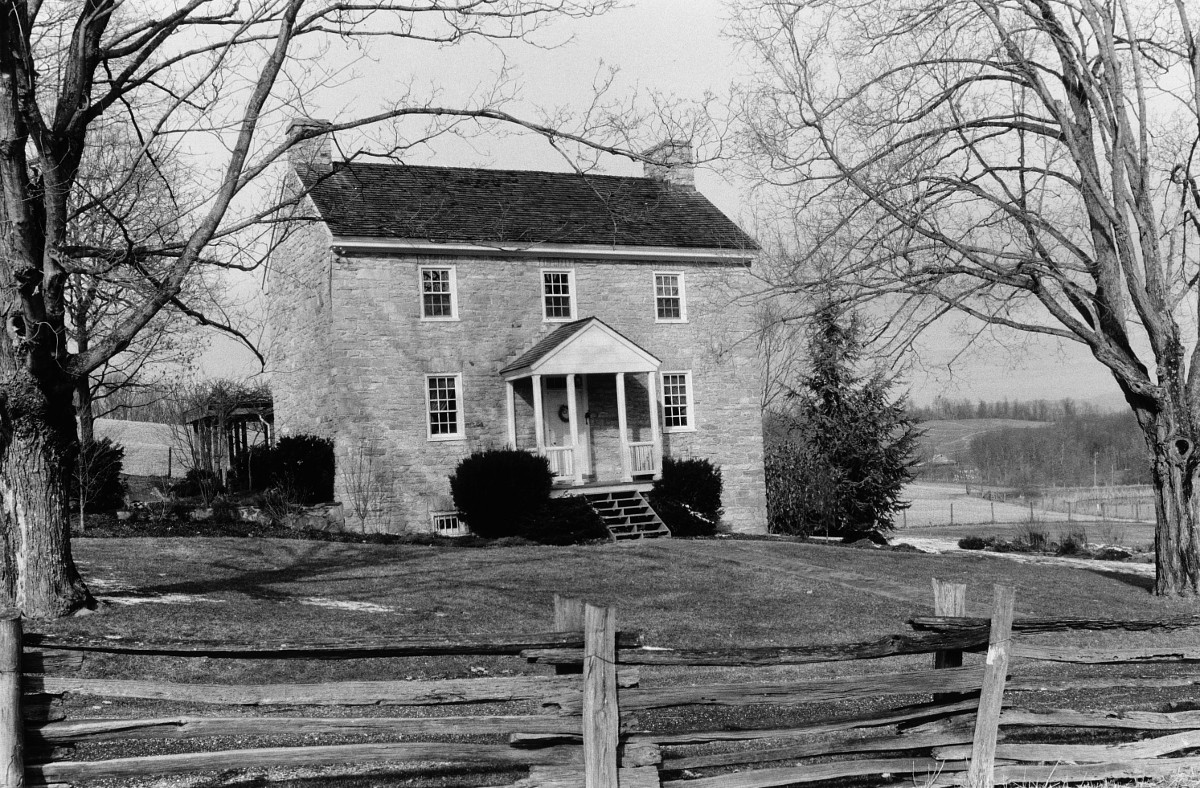 Surrounded by the bucolic scenery of northeastern Rockbridge County, this picturesque stone dwelling was built ca. 1797 for Joseph Kennedy, member of one of the early Presbyterian Scotch-Irish families of the area. Kennedy was given the property by his father, Andrew Kennedy, who established the nearby Kennedy-Wade Mill. The house is among the handful of early stone dwellings remaining in the county, houses that superseded the crude pioneer dwellings built by the first settlers. Although later modified, the house apparently originally had a hall/parlor plan. In the basement is an original cooking fireplace, the opening of which is topped by an enormous wooden lintel. In 1891 the farm was purchased by William Lunsford and remained in the Lunsford family until 1958. The house underwent a thorough restoration in 1975, following the farm’s acquisition by its present owners.