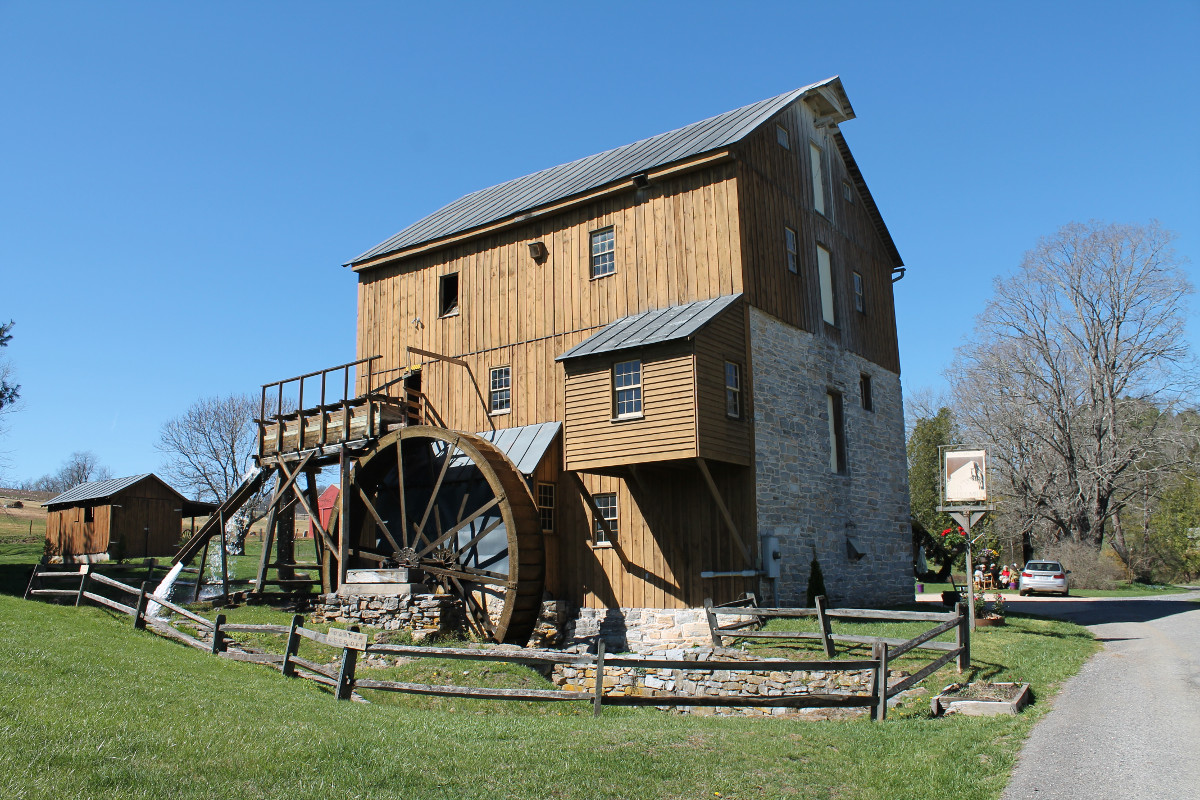 Of the supportive industries required by the agrarian society of 19th- and early 20th-century western Virginia, the gristmill was the most essential. The Kennedy-Wade Mill, near Brownsburg, is the only mill still in commercial operation in Rockbridge County. Its machinery is still powered by its Fitz overshot metal wheel. Capt. Joseph Kennedy acquired the property in 1753 and presumably built the stone portion of the structure. The mill burned in 1873 and was rebuilt incorporating the original stone walls. The resulting mill, with its board-and-batten superstructure and updated machinery, was acquired in 1882 by James F. Waid (Wade), whose family owned until 1991 when it was sold to the present owners. Extensively renovated the following year, the mill is a fully operational four mill using the original millstones.