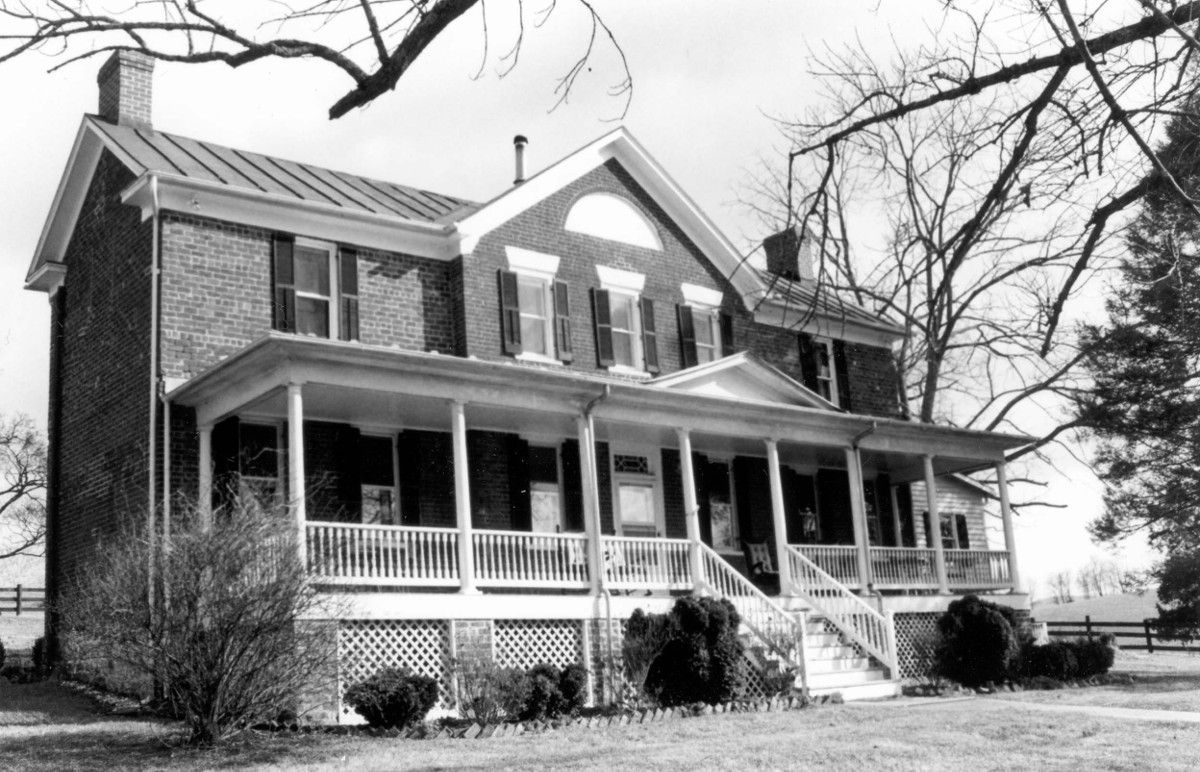 Springdale was built in 1812 near Lexington, originally as a three-part, temple-wing plan house, by Colonel John Jordan for Alexander Trimble and his wife Martha Grigsby, of the prominent Rockbridge County Grigsby family. Jordan, a well-known local entrepreneur and builder, had been heavily influenced through his work with Thomas Jefferson as a brick mason at Monticello. Springdale features a central front gable, containing a stucco lunette at its center. On the interior are elegant Federal-style mantels and paneled wainscoting. In the early 20th century, the original one-story wings were raised one-half story, two-story back porches were added, the front porch was rebuilt, and a kitchen was added. The property, alternately known as Holly Hill, is related historically to several other Rockbridge County houses built for the Grigsby family, including Hickory Hill, Fancy Hill, and Cherry Hill. Springdale’s plan, however, is unusual among the other Grigsby houses, and it is the only known connection of the Grigsbys with Colonel Jordan.