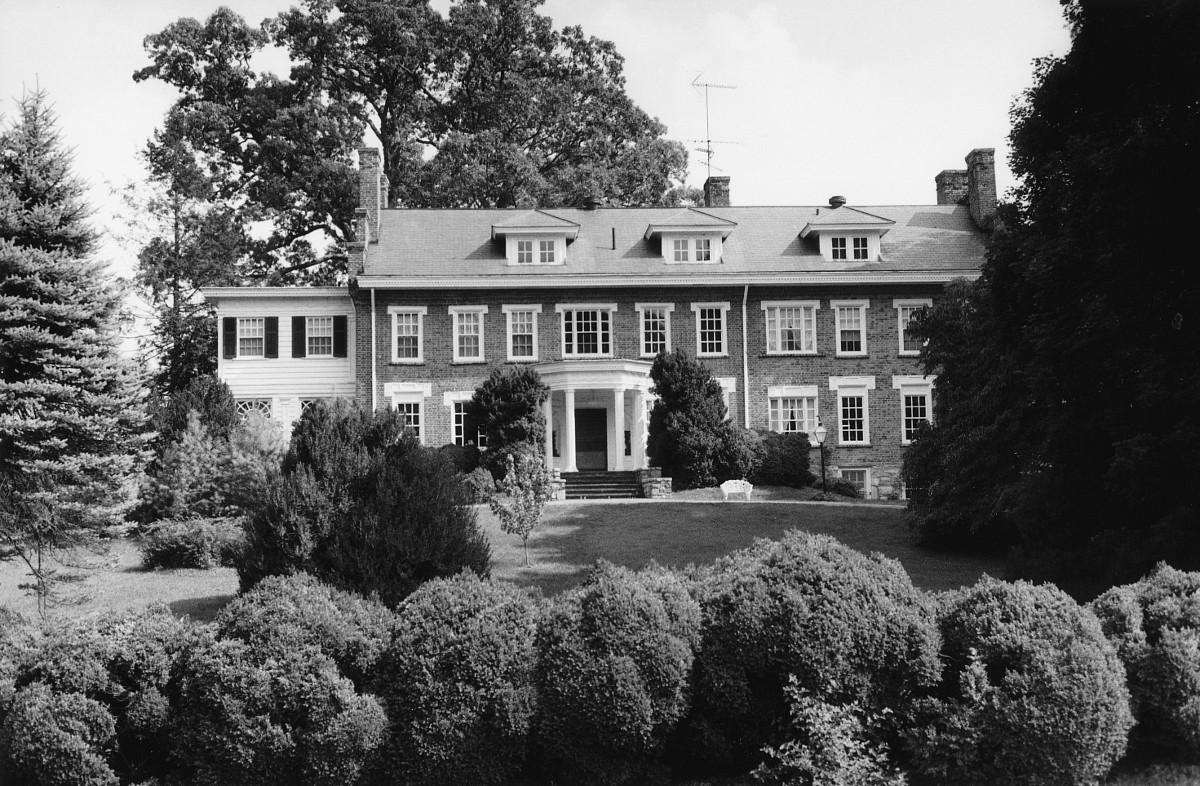 The sprawling but well-appointed Vine Forest mansion (now called Forest Oaks) is an interesting essay in alterations and enlargements. The original core is a side-hall Federal dwelling built ca. 1806 for Matthew Houston, a member of one of the area’s prominent Scotch-Irish families. It was enlarged by Houston to a five-bay structure around 1812. The enlargement included a two-story center hall with arched ceiling, the form said to have been inspired by nearby Natural Bridge. The house was transformed into a Colonial Revival mansion in 1916 through further additions and alterations by architect Curtis Walton of Cleveland for his adoptive mother Lilly Walton. This remodeling included two large wings, the two-story east portico, and the Greek Revival-style window lintels. The principal interior change was the installation of an elaborately trimmed neo-Jacobean stair.