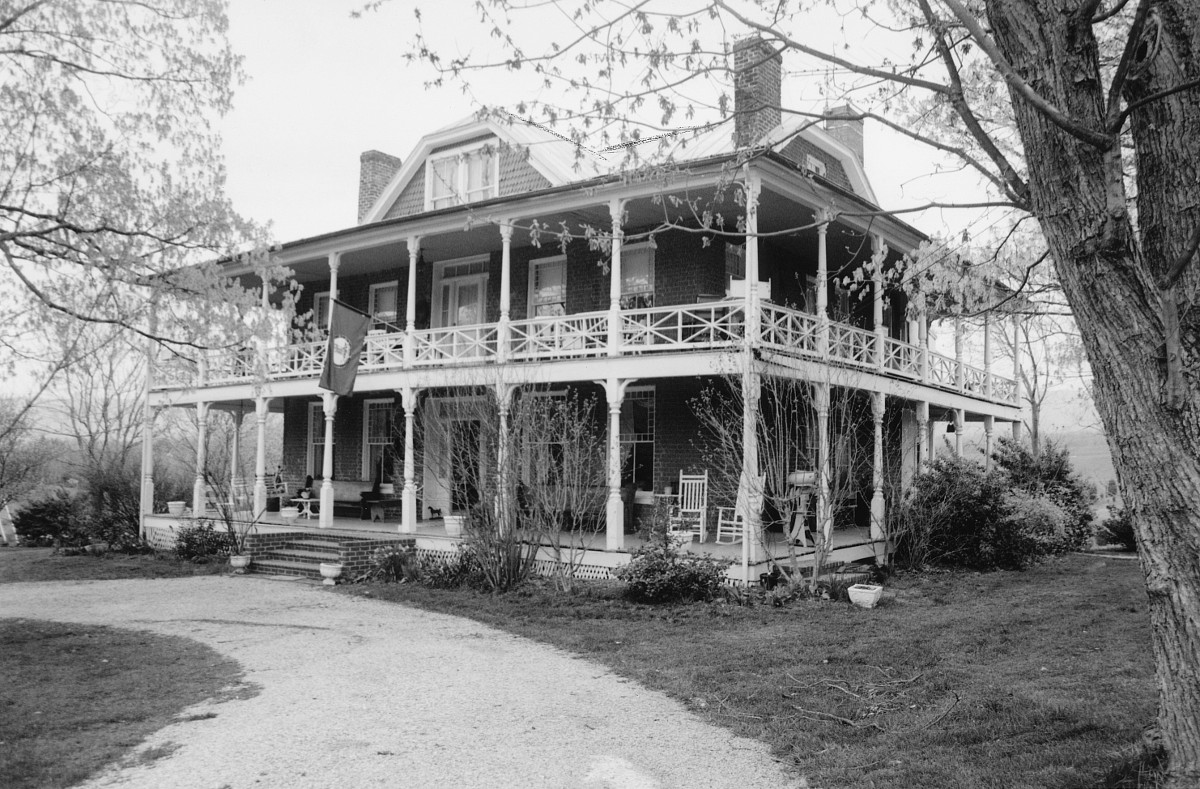 The original core of this prominently situated tavern was built by John Galbraith in 1821-23 and was first known as Galbraith Tavern. Functioning as both a dwelling and a stagecoach stop on the busy Valley Turnpike, the finely crafted two-story brick structure was enlarged in 1841 with the addition of a large two-story frame wing. The expansive two-level galleries were added in the 1880s when the property was owned by Col. H. C. Parsons, the primary developer and promoter of The Natural Bridge. The inn served as a stopping point for stagecoaches carrying visitors to see the natural wonder. The building continued as an inn operated by George W. Parsons and his wife until the 1940s when a re-routing of the adjacent highway put it out of business. The inn’s interior retains features reflecting its various remodelings.