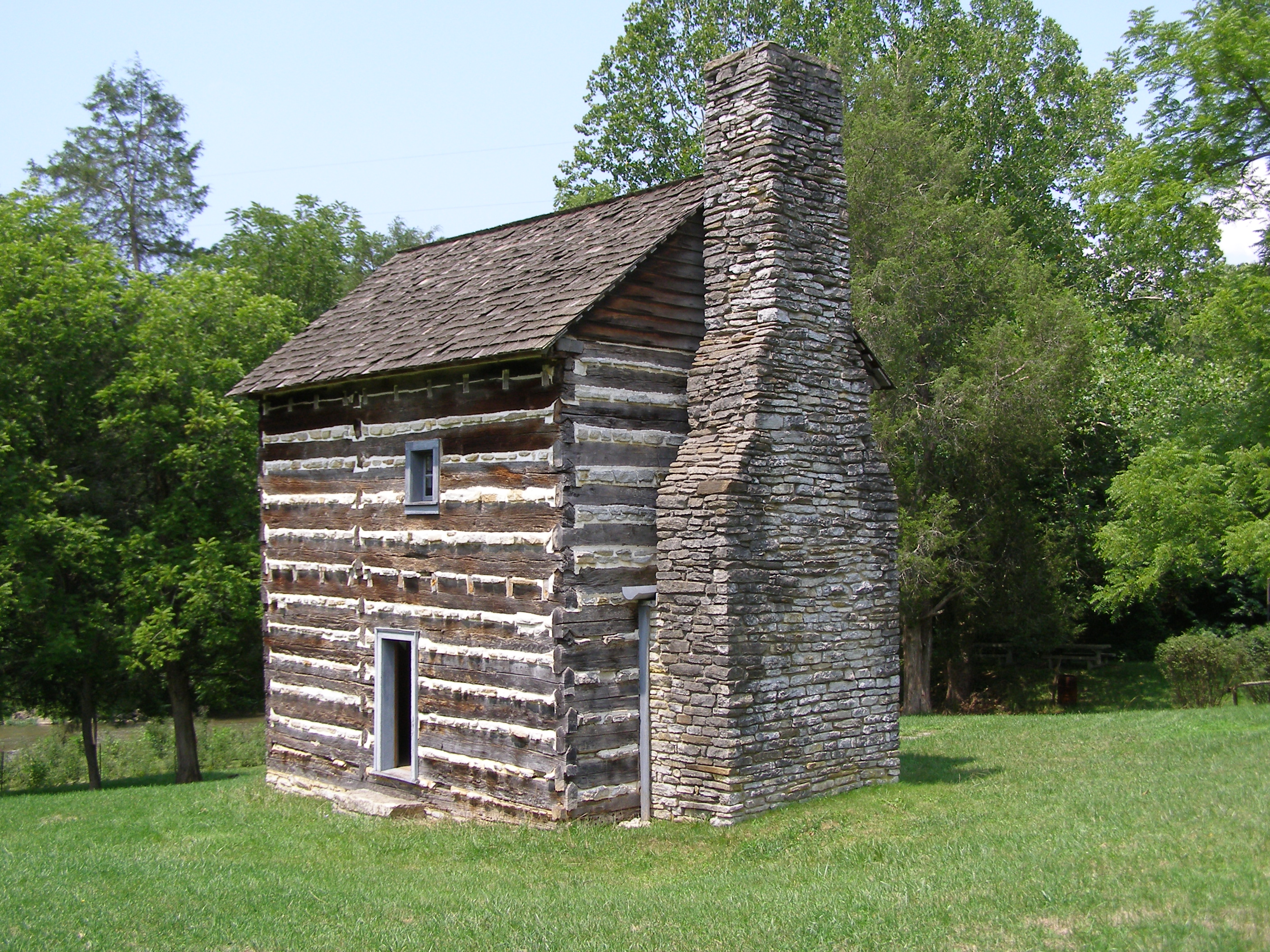 The Kilgore Fort House is a two-story timber building with gable roof and rests on a limestone foundation. On the northeast gable end is a massive stone chimney laid in lime mortar with two insets or splays that narrow the stone pile in its rise to the stack. The building’s construction is in the simplest form, being of hewn rectangular timbers, V-notched at the corners. The first, second and attic floor joists are also set into the structural timbers. The second-story openings are apparently their original small size. The doorways and all window openings are finished by simple framing boards. During the 18th century, frontier forts were built to guard mountain gateways, river valleys, and other strategic points, and also as places of refuge for neighboring frontiersmen and their families during times of danger. By circa 1785-1790, strongly-built and fortified houses were taking the place of the earlier blockhouse and stockaded forts. Robert Kilgore’s Fort House represents this stage in frontier social and architectural development. Robert Kilgore was a locally prominent primitive Baptist minister as well as a farmer. He was pastor of the Nickelsville Baptist Church for more than forty years. He lived in the log fort house until his death in 1854 at the age of 88. The house stood neglected for many years but was restored in the 1970s by the Lenowisco Planning District Commission with the assistance of other area agencies to serve as a visitor attraction for a wayside park. The Kilgore Fort House is now privately owned.