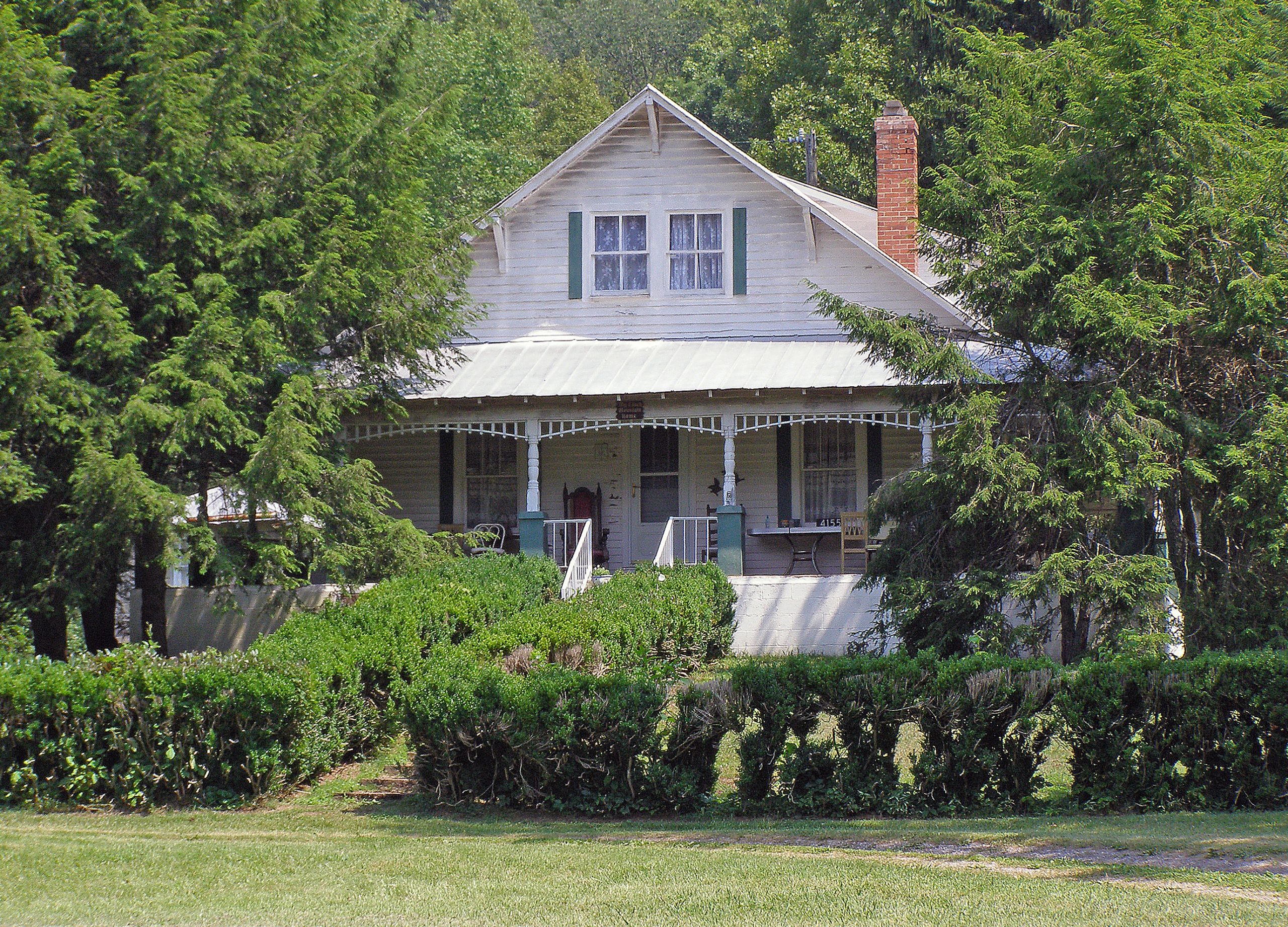 Ezra Carter and his wife, Maybelle Addington Carter, members of the Carter family of musicians, moved into this house after marrying in 1926. Ezra was the brother of A. P. Carter and Maybelle was cousin to A. P.’s wife Sara. They added the porch when the house was enlarged in 1936. After the original Carter family performing group disbanded in 1943, Maybelle formed a group with her three daughters, entitled Mother Maybelle and the Carter Sisters. The group first performed on Richmond’s WRVA Old Dominion Barn Dance but soon moved to Nashville where they gained fame performing with the Grand Ole Opry. Maybelle’s daughter, June, married singer Johnny Cash, who together continued the family music tradition, moving more into the realm of popular country music. In 1981 the house was purchased by June Carter Cash and Johnny Cash who continued to own it at the time of its listing. Listed without a formal nomination in the registers under the Carter Family Thematic nomination Multiple Property Document (MPD) form.