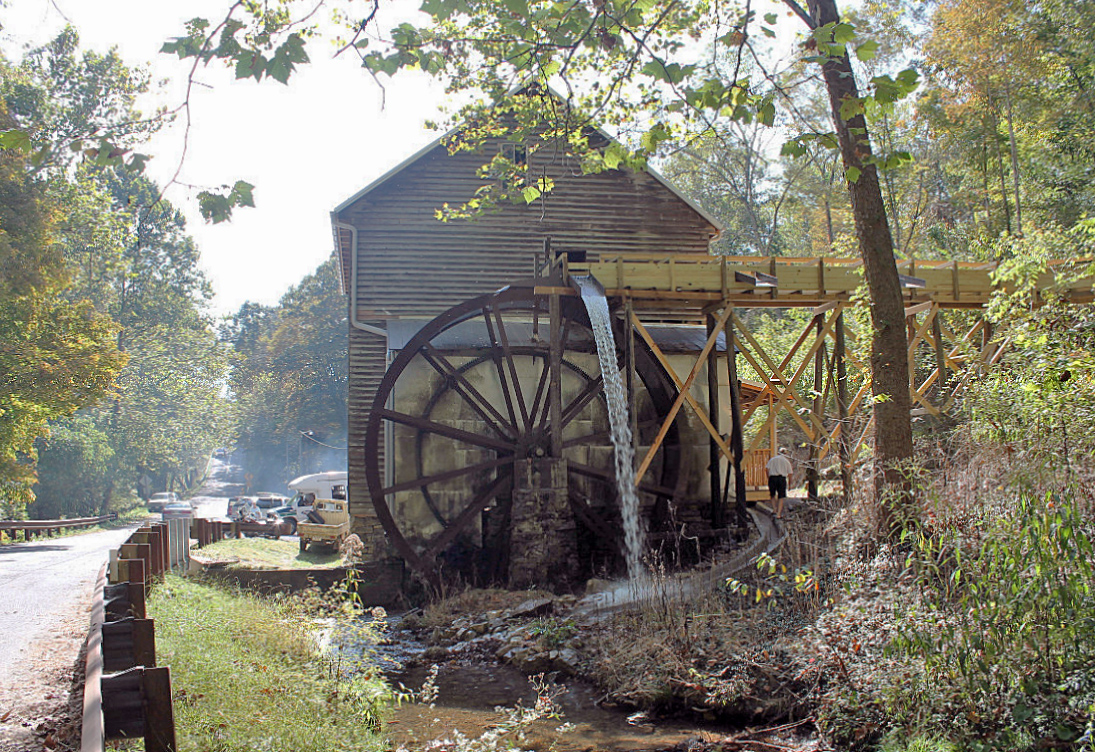 Located near Nickelsville, Scott County’s iconic Bush Mill, a 19th-century gristmill, was built in 1896 by Valentine Bush and operated under both the Bush and Bond families until 1952. Much of the mill’s machinery was shipped by train from Knoxville, Tennessee, to Gate City, then hauled by wagon to the mill site. After ceasing operation, some of that machinery was restored and since 1975 has been used occasionally to grind corn. Before Bush Mill, a prior mill on the site burned down. Tradition holds the fire occurred on April 1 and farmers in the vicinity initially ignored calls to help put out the blaze thinking it was an April Fool’s prank. Bush Mill contributed both economically and socially to the community. Customers waiting in line to mill their wheat or corn shared stories and caught up on community events and news. During harvest time when the mill operated around the clock, nearby neighbors offered lodging to those who traveled long distances. Under the Bond family’s ownership the mill also served as a meeting place for local Freemasons, until they could build a Masonic lodge in Nickelsville. In 2008, ownership of the mill was transferred by the county to the Southwest Virginia Community Foundation.