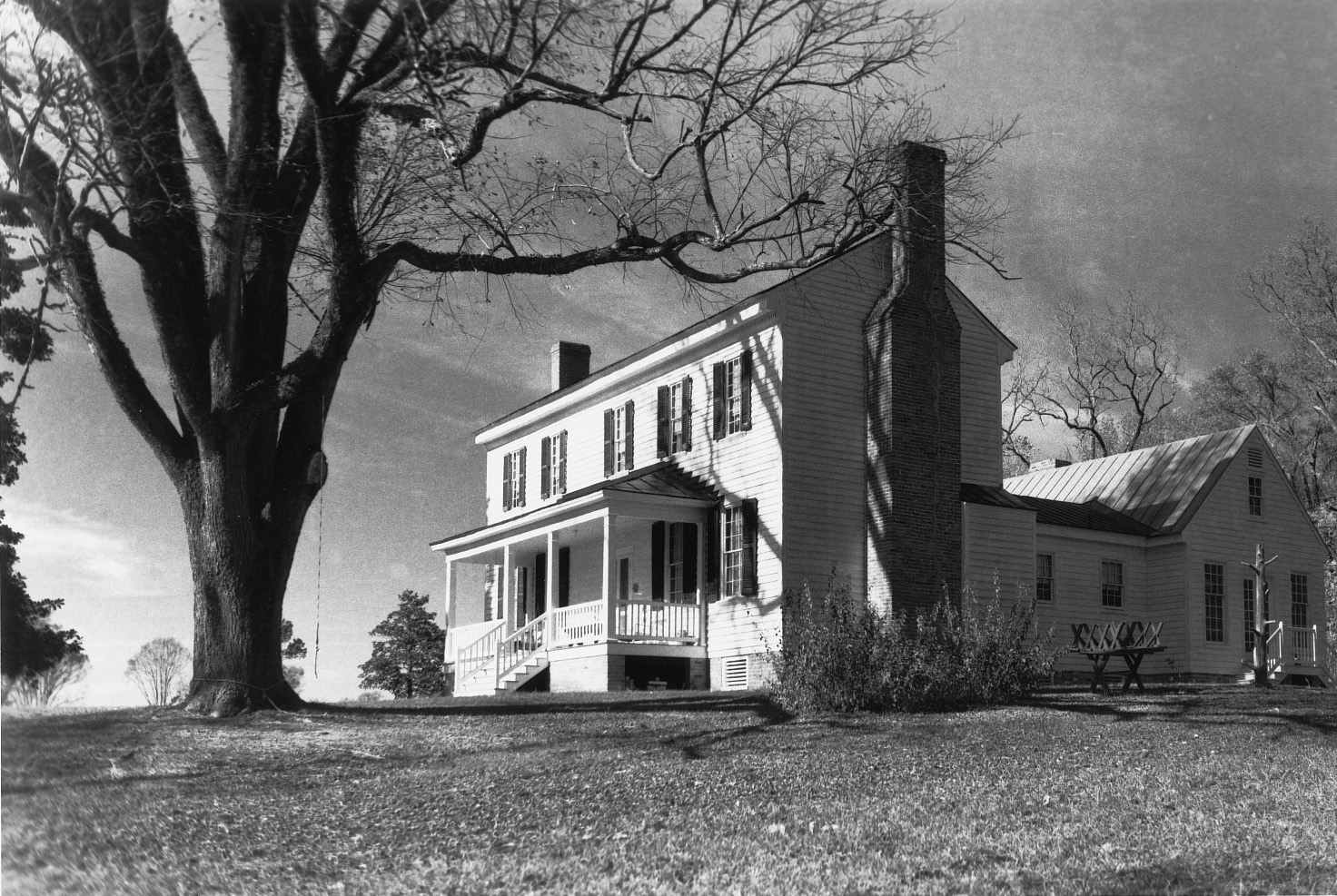 The Rose Hill dwelling is among the earliest and least-altered I-houses in Southampton County. Characteristic of the form, it has a passage between the two rooms of each floor. The house stands on land deeded by the Nottoway tribe of Virginia to John T. Blow in 1792. The association with the Nottoway explains why some early deeds refer to the property as “Indian Land.” Contemporary records and archaeological research document continuous Virginia Indian occupancy here throughout the colonial period. As recently as the early 20th century, Virginia Indians gathered at Rose Hill for religious and cultural purposes and the property remains a part of the tribe’s living memory. In 1804 Blow willed the land to his son Henry, who built the house between 1805 and 1815. Its plain Federal woodwork retains its painting, graining, and marbleizing throughout. A noteworthy structural feature is the king-post roof framing system, a heavy framing system usually restricted to colonial mansions.