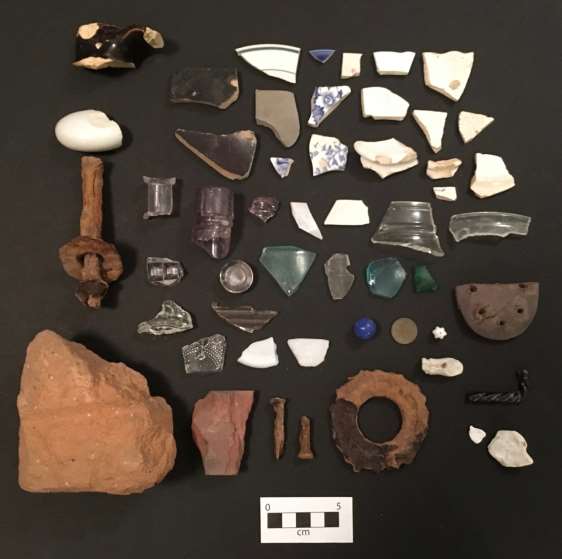 The 1.8-acre Millie Woodson-Turner Home Site is located near the communities of Capron and Courtland in Southampton County. A farmstead occupied by Nottoway tribal members from around 1852 to 1953, the Woodson-Turner site was part of the Nottoway tribal reservation lands established during the colonial era after the Nottoway entered a treaty with officials of the English crown. The tribe held Nottoway reservation lands in common until around 1830, when the tribe began distributing allotments of the Nottoway lands to private ownership of tribal members. The Millie Woodson-Turner Home Site was one such allotment around 1850 and is the first identified 19th-century Nottoway house site. As one of the last remaining farms of the Nottoway’s Indian Town, the site has connection to the living memory of Nottoway descendants today. After a 1953 chancery court-ordered auction of the land, the site left possession of Nottoway descendants, meaning prior to then the Millie Woodson-Turner Home Site had an uninterrupted indigenous tenancy, making it the only Iroquoian reservation site documented (to date) in the Commonwealth of Virginia.

The site has substantive archaeological research potential as it relates to 19th-century Virginia Nottoway (Iroquoians), antebellum and post-Civil War reservation economies, material culture, and the social politics of free non-whites in antebellum Southampton County, and later during the legally mandated racial segregation of the Jim Crow era. Field investigations of the site have yielded a dataset useful for re-evaluating previously identified archaeological resources from the colonial era through the mid-20th century. Researchers may have misidentified such artifacts associated with Euro-American cultural deposits instead of Nottoway reservation-era homesteads and farms. Such misidentification could arise through a lack of understanding about how the Nottoway adopted English housing types and adapted manufactured goods for their own needs.