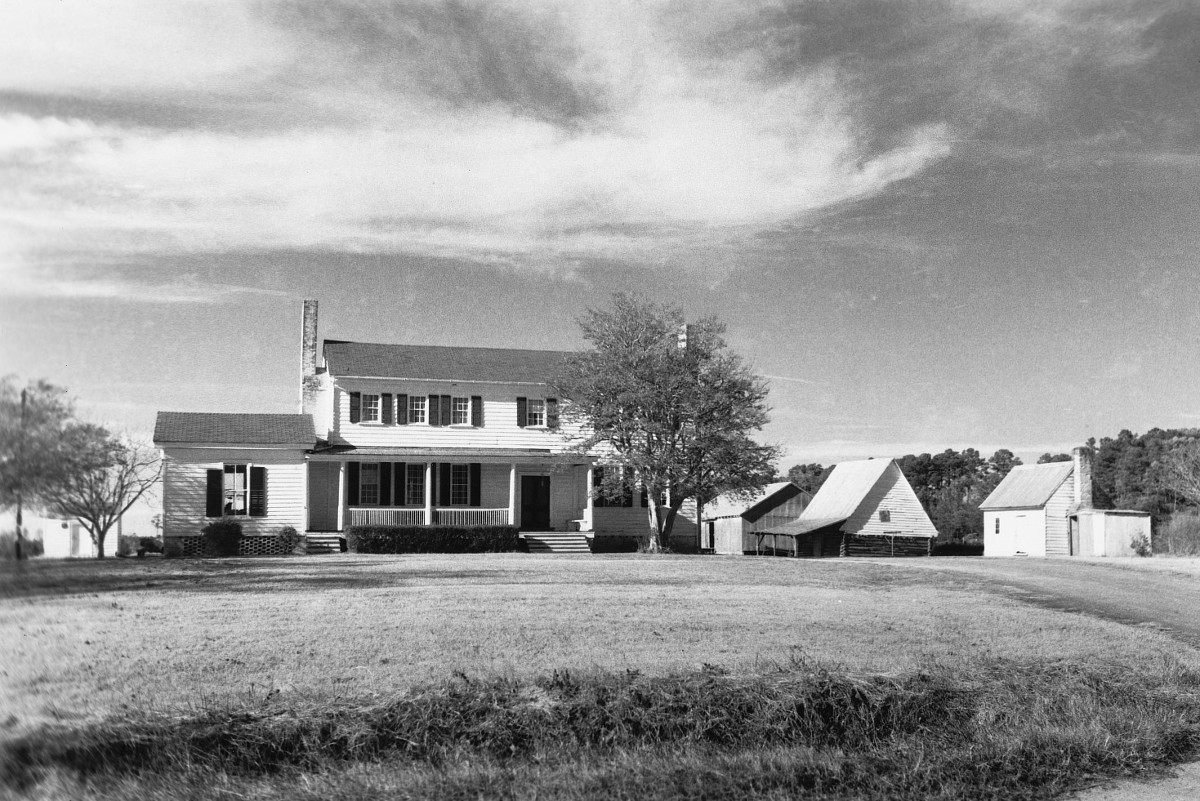 Elm Grove is a vernacular domestic complex little changed since the 19th century, and is thus valuable for illustrating the rural life-style of Virginia’s southern Tidewater region. The farm was probably organized by the Williams family in the late 18th century. The house began as a one-room dwelling with a lean-to, an elementary domestic form widely employed even among the region’s more prosperous planters well into the 19th century. It was expanded to its present, hardly insubstantial appearance, by the 1820s. Its outbuildings include an early 19th-century office and an early dairy with ventilation slats. There is also a comparatively large saddle-notched log smokehouse which encloses four smokepits, the only known multi-pit smokehouse in the state. This unusual outbuilding is probably contemporary with the earliest portion of the main house.