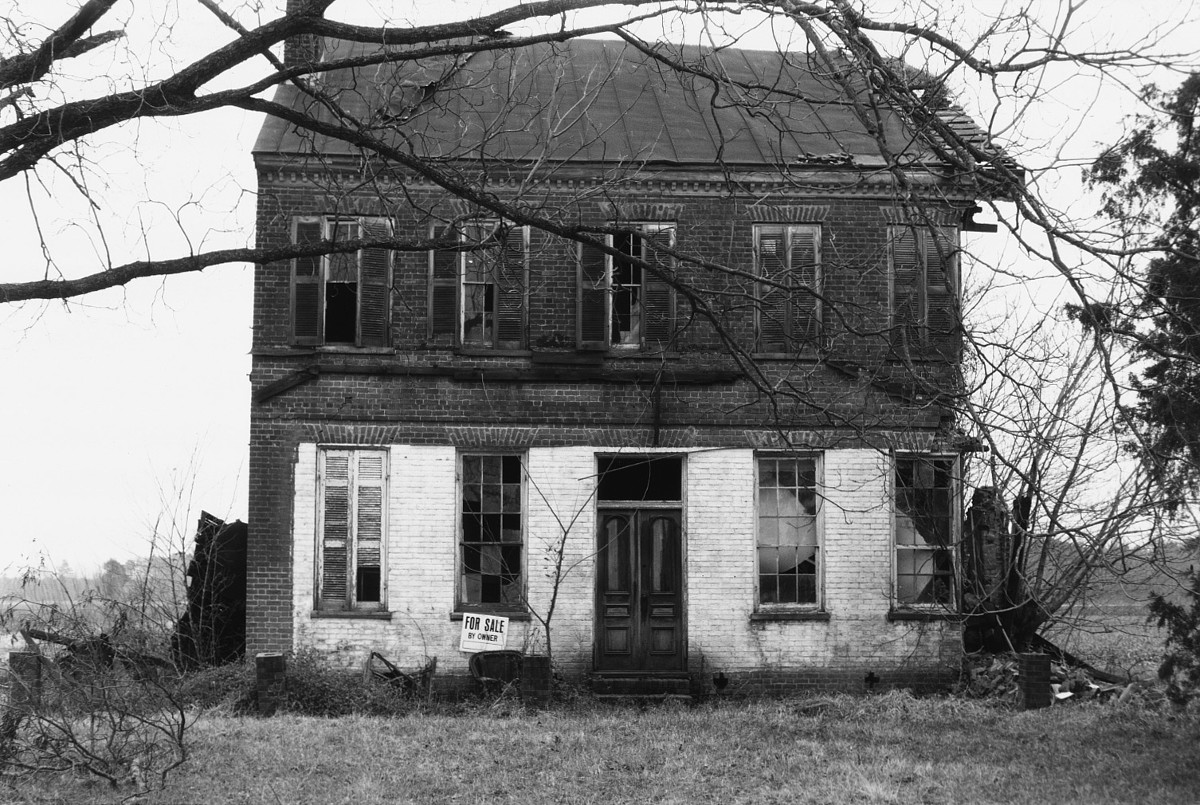 A long-standing tradition maintains that Brown’s Ferry was the birthplace of William Mahone (1826-1895), the colorful Confederate general who achieved fame during the 1864 siege of Petersburg. Known as the “Hero of the Crater,” Mahone closed the gap caused when Union forces tunneled under the Confederate lines and set off a huge explosion. After the war, Mahone became a railroad executive and leader of the Readjuster party, and also played a significant role in improving the state’s public schools. Brown’s Ferry was completed by 1818 for William Hodges and was one of the largest and finest Federal dwellings built in Southampton County. Mahone’s father, Fielding Mahone, purchased the property from Hodges’s heirs in 1826. Generous in scale, the two-story structure has finely detailed Federal woodwork. The house is now unmaintained and in a state of partial collapse.