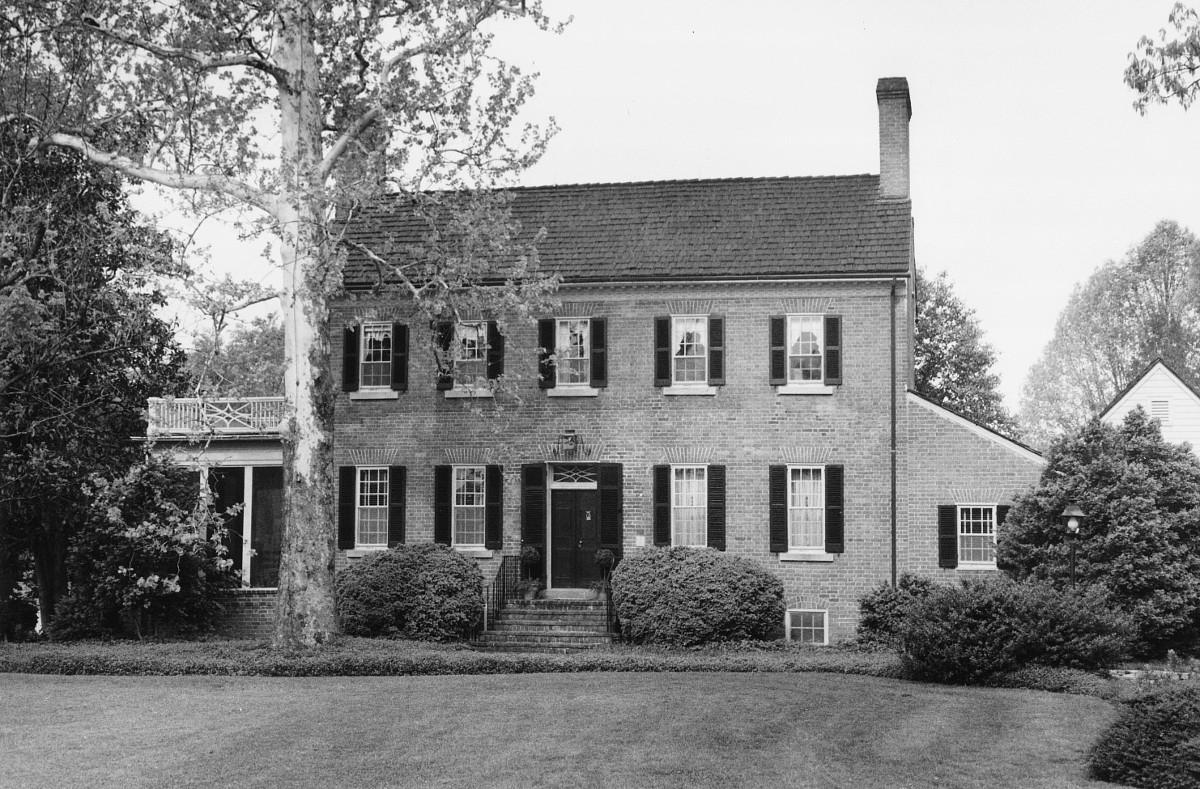 A gracefully proportioned late Federal-style dwelling, this country house would not be out of place among its contemporaries in downtown Fredericksburg. The polished architectural character is the handiwork of Samuel Alsop, Jr., a prominent local builder. Alsop bought the property in 1821 and built the house in 1828-29 as a gift for his son-in-law John M. Anderson and daughter Ann Eliza. Alsop’s dwellings are noted for their careful detailing and Kenmore Woods, with its intricate cornice, Federal mantels, and other ornamental interior trim, is typical of his work. Anderson advertised the property for sale in 1832 calling it a “desirable little farm,” having “a beautiful two- story brick building. . . well situated for a physician or lawyer.” The house served as a Confederate headquarters during the 1864 Battle of Spotsylvania Court House. Carefully restored in the 1940s, the house stands amid handsome landscaped grounds.