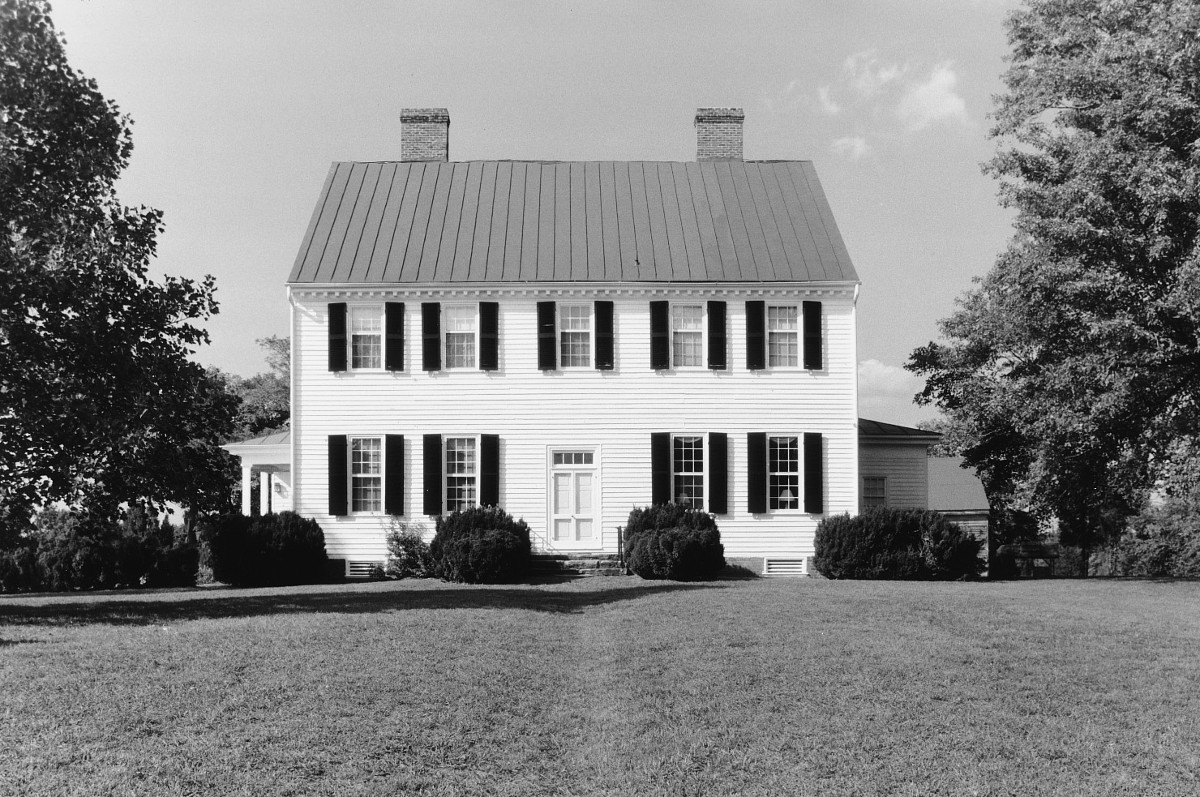 Built in 1810-14, Prospect Hill is an architectural document frozen in time. The undisturbed condition of the massive yet restrained exterior, and the plain but sophisticated woodwork inside makes the house an excellent representative of the spacious but unpretentious center-passage dwellings favored by the period’s gentry. The house was constructed by builder Spotswood Dabney Crenshaw for Waller Holladay. Holladay experimented with crop rotation and fertilization at Prospect Hill, an early effort at restoring farmlands depleted by tobacco growing. Holladay also held various local offices and served in the General Assembly. Prospect Hill’s historic flavor is enhanced by the survival of several early outbuildings. Still owned by the Holladay family, Prospect Hill is now known as Littlepage Inn. A collection of architectural drawings in the Holladay family papers at the Virginia Historical Society appear to be preliminary studies for the house.