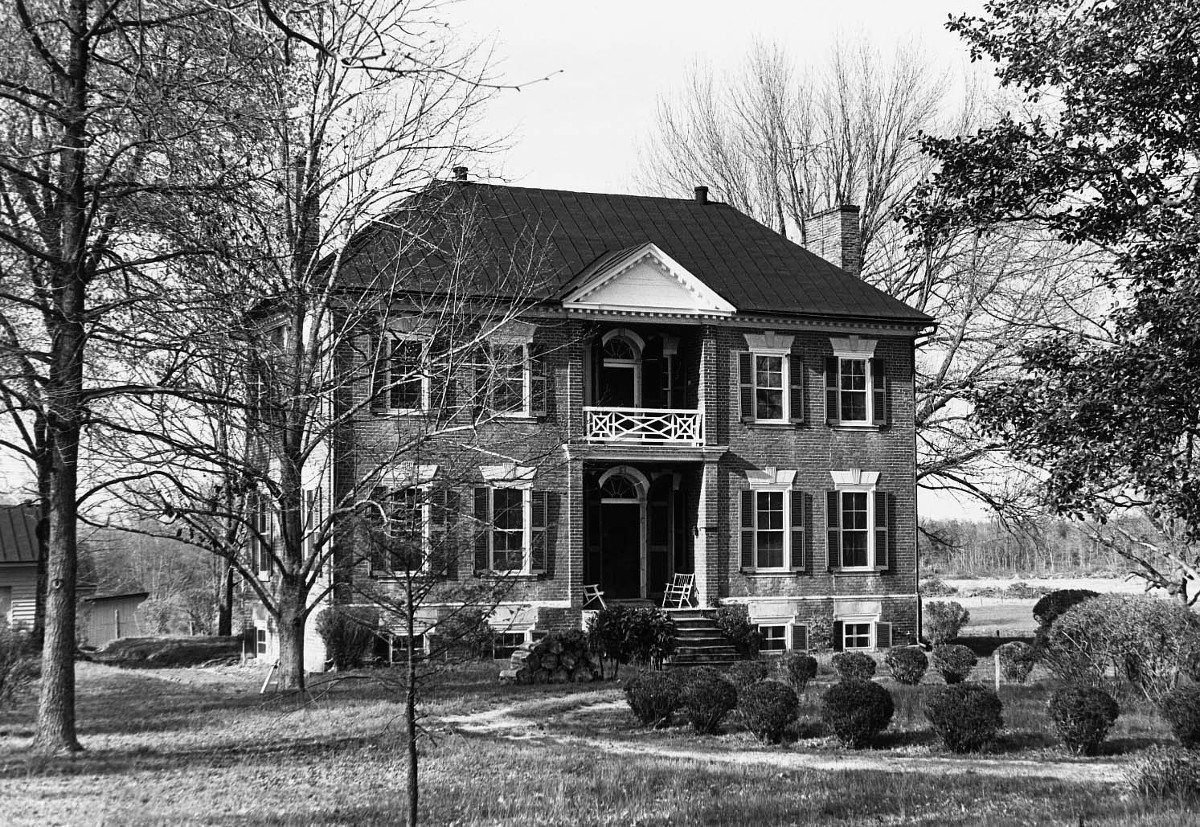 St. Julien was the Spotsylvania County home of Francis Taliaferro Brooke (1763-1851), who was appointed to the Virginia General Court in 1804 and later served as president of Virginia’s Supreme Court of Appeals. Brooke served in the General Assembly in 1794 and 1795. In 1796 he transferred his law practice to Fredericksburg and purchased a nearby farm, which he named St. Julien. He described the dwelling that he constructed here in 1804 as a “small brick house with a shed to it.” Although compact in scale, Brooke’s house stands as one of the area’s most refined examples of rural Federal architecture. Its two-level recessed entry capped by a pediment is an imaginative and effective façade treatment. The refinements of the building include its Flemish-bond brickwork, carved stone lintels and keystones, and finely detailed interior woodwork. Among St. Julien’s several historic outbuildings is an early board-and-batten office.