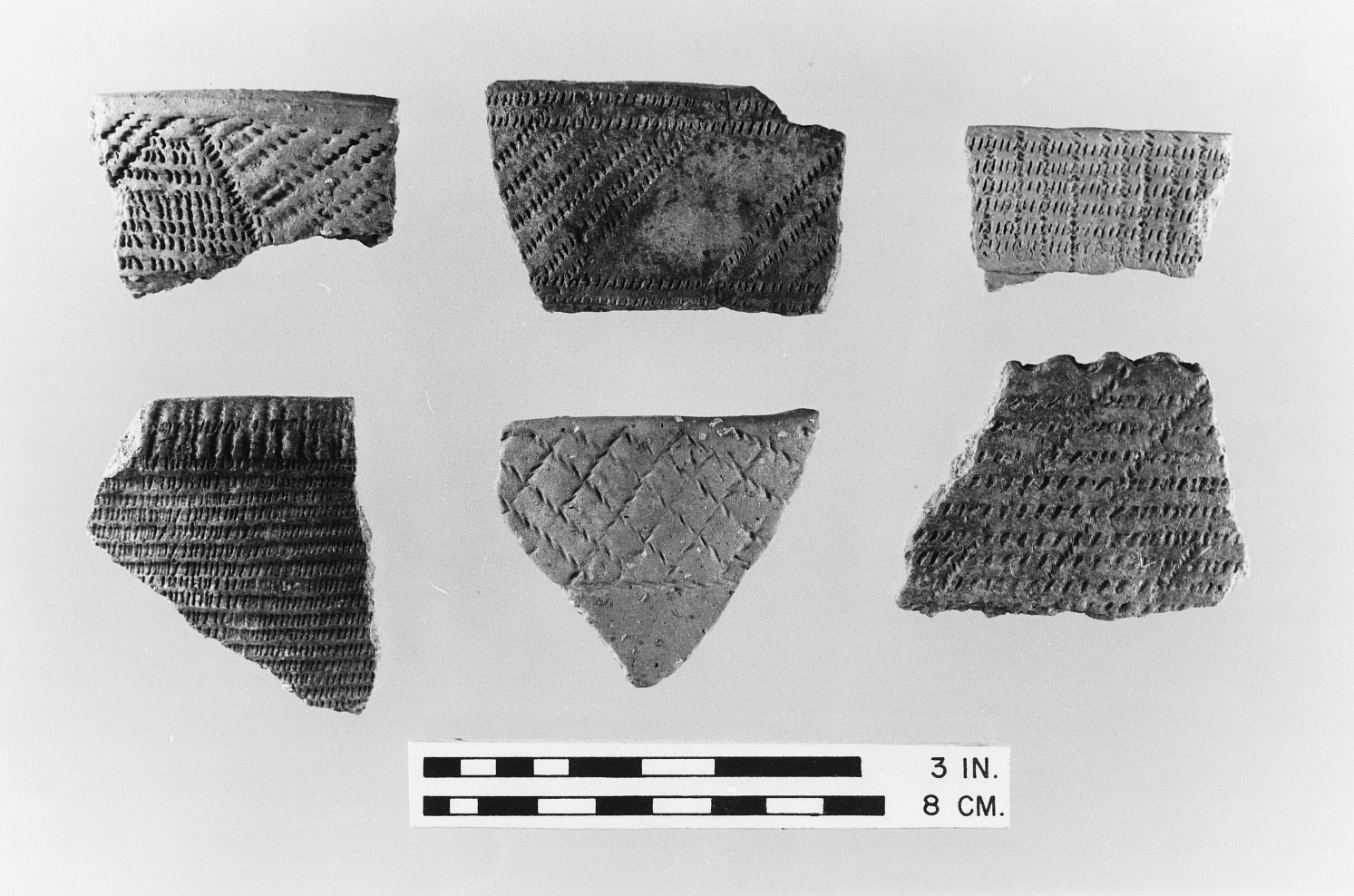 This two-acre site on the peninsula formed by Accokeek and Potomac creeks includes the location of the Potomeck Indian village known as Patawomeke. Shown are samples of the decorative treatments that occur on the rims of Potomac Creek ware, dating to the Late Woodland period (A.D. 1300-1600). The village had been abandoned by the Indians before 1635 when the property was patented by Giles Brent. The site was identified through an investigation undertaken by the Smithsonian Institution in the 1930s. Threatened by modern residential development, the further investigations were conducted by the College of William and Mary in 1997. The remains of several palisade lines and a large ditch were encountered. The large sample of botanical and faunal remains recovered will provide a more complete picture of the dietary habits of the occupants.