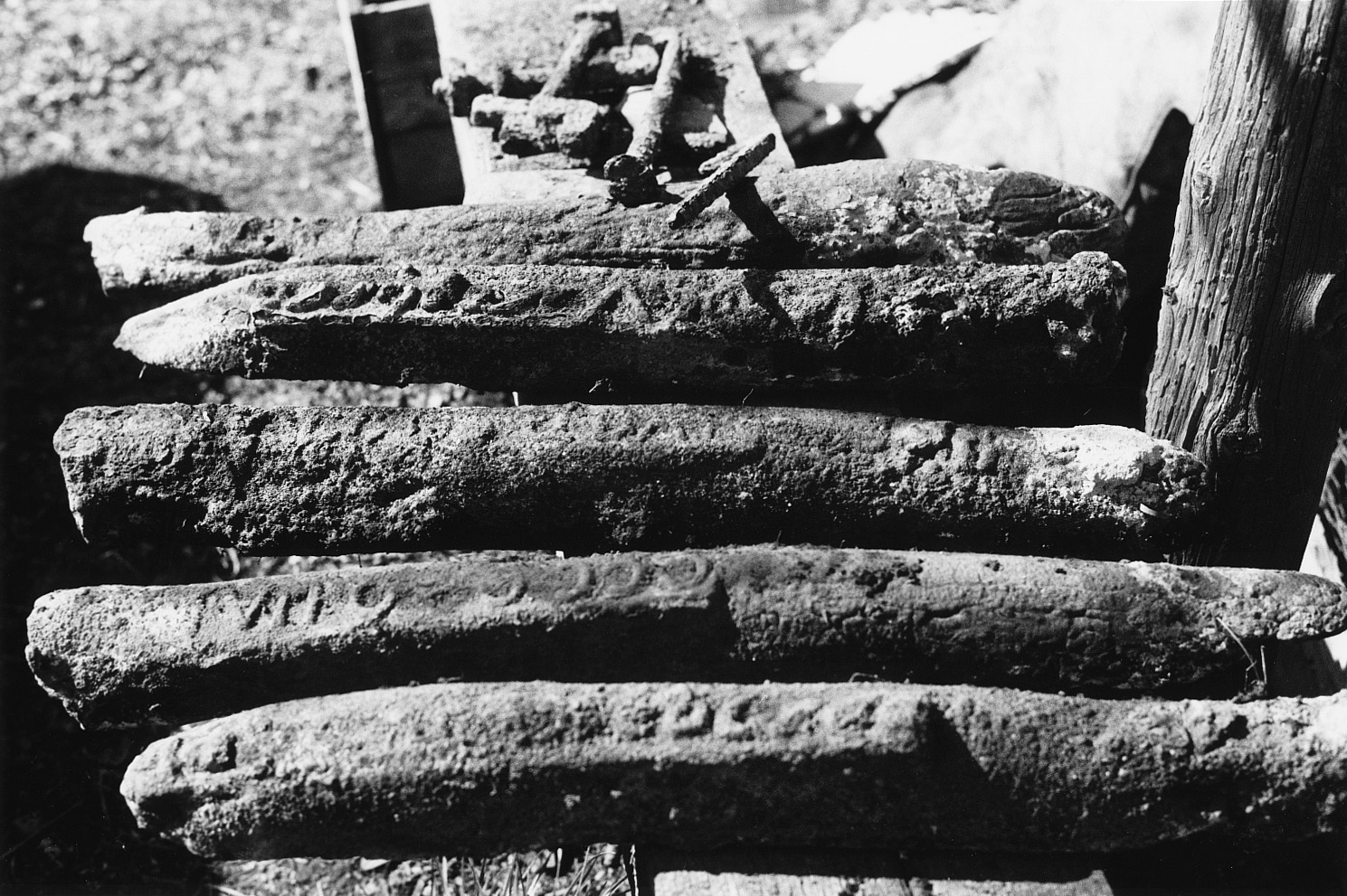 Described as “one of the finest and most considerable iron works in North America” by the 18th-century traveler John David Schopf, Hunter’s Iron Works played a vital role in the Revolutionary War. James Hunter, a Falmouth merchant, started the works around 1750. It quickly became the colony’s leading producer of hardware. With the outbreak of the Revolution, Hunter devoted his full energies to supplying the Continental army, so much so that Governor Thomas Jefferson ordered special military protection for the industry. Although some of the buildings may have been in use as late as the Civil War, none survives. A survey undertaken by the Virginia Department of Historic Resources staff in 1974 located the foundations of at least five buildings along with many artifacts. Further investigation could provide valuable information on 18th-century iron manufacturing.