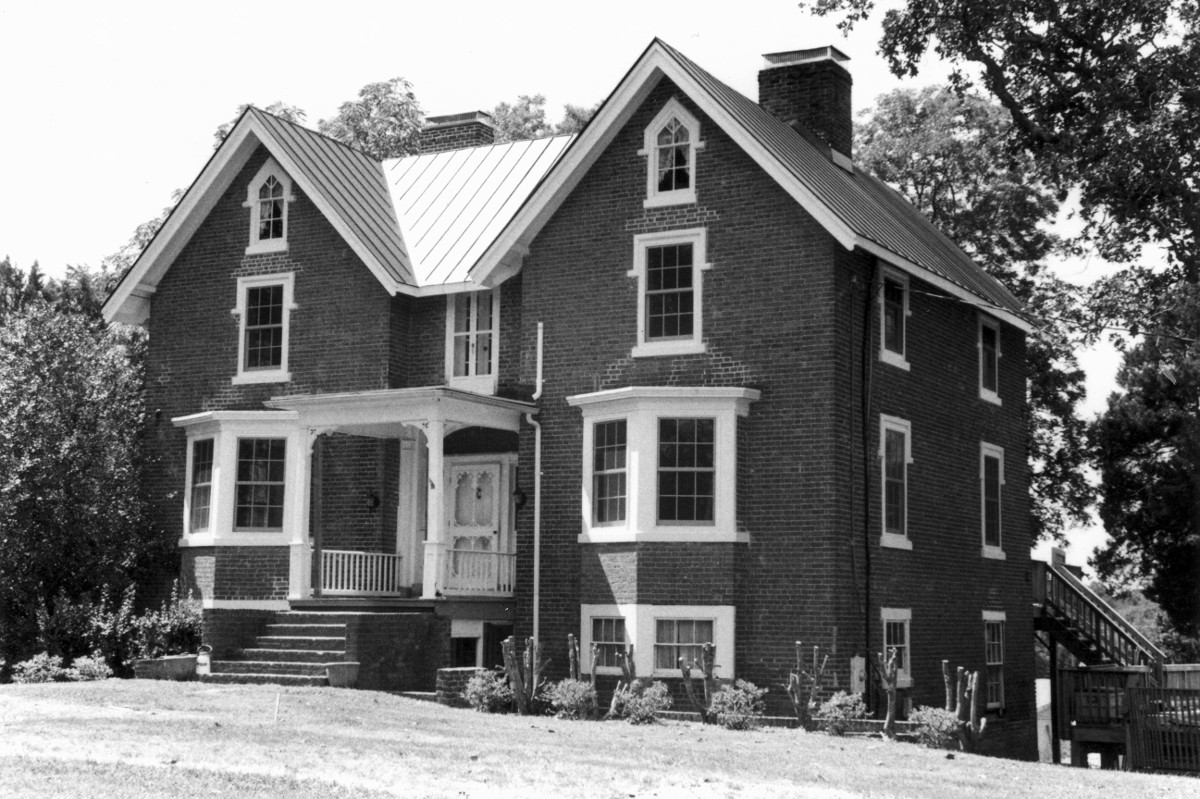 Julia and Ariel Foote constructed Hartwood Manor in 1848, and it survives today as one of only two Gothic Revival residences in Stafford County. The two-story brick house features many character-defining elements of this style, popularized by architect Andrew Jackson Downing, such as a steeply-pitched roof, polygonal- and lancet-arch-topped windows, and deep eaves with exposed rafter ends. Fine craftsmanship is also displayed in the exterior and interior moldings and woodwork. Once part of a 697-acre tract, the house sits on a low knob overlooking nearly nine acres of rolling pastures and fields, formerly part of a 5,000-acre land grant called the Mason Tract. The Footes came to Virginia from Burlington, Connecticut, and operated a successful farm at Hartwood Manor from 1837–1884. It also served as a Union hospital for soldiers injured during the battles of Fredericksburg, the Wilderness, Chancellorsville, and Spotsylvania. Later agricultural dependencies still surviving include an early-20th-century barn, milk house, chicken house, and workshop, and a mid-19th-century hand-dug well.