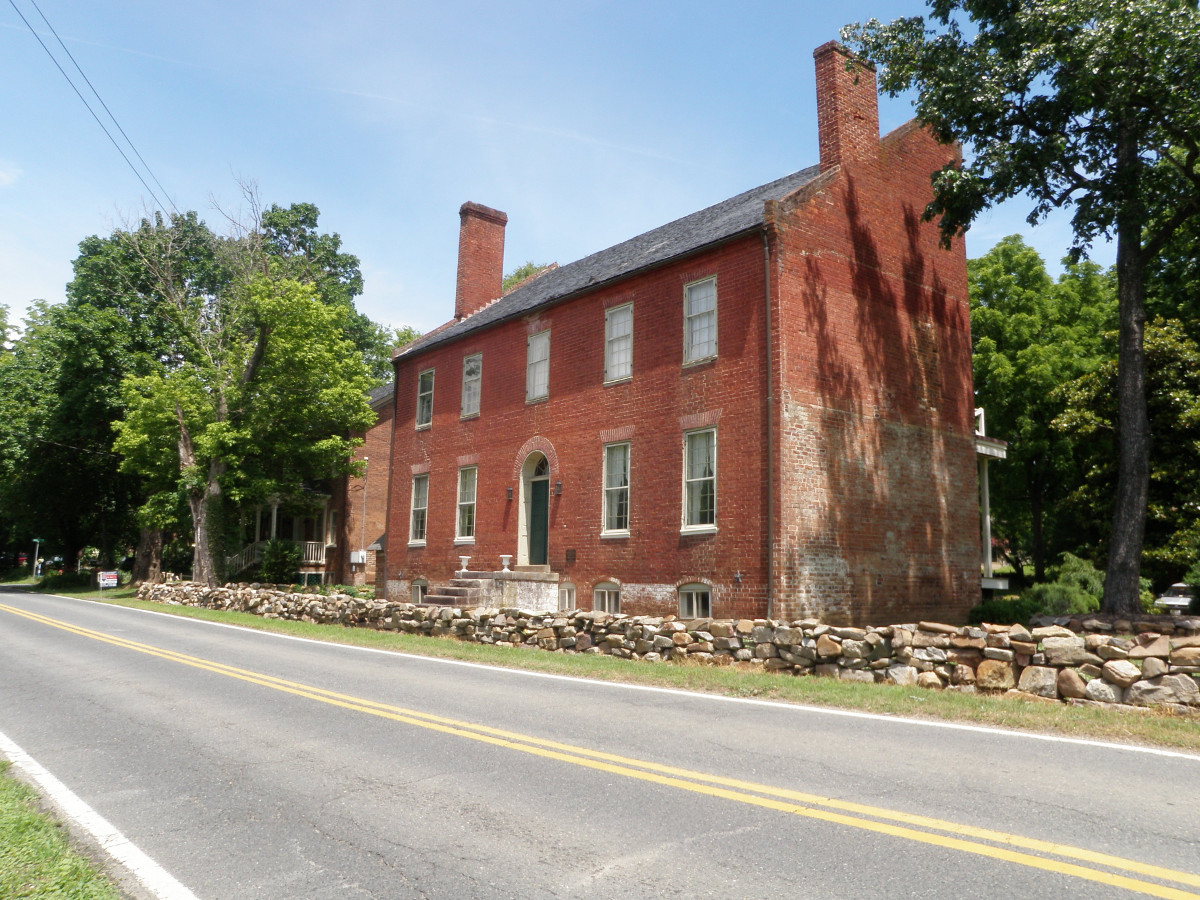 Conway House at 305 King Street in the Falmouth Historic District is a Federal-style brick residence built in 1807 for wealthy merchant and mill owner James Vass near the Rappahannock River. The large, two-story, five-bay house with its full basement, side-gable slate roof, brick interior-end chimneys, and intricate details reflects Vass’s and the port of Falmouth’s prosperity during the early 19th century. The interior of the house has a modified central-hall plan with an L-shaped form created by its unusual flounder-form eastern end. The house retains much of its original fabric and Federal-style details. Later the home of author, clergyman, and abolitionist Moncure Daniel Conway, the dwelling was occupied by soldiers and used as a Union hospital during the Civil War.