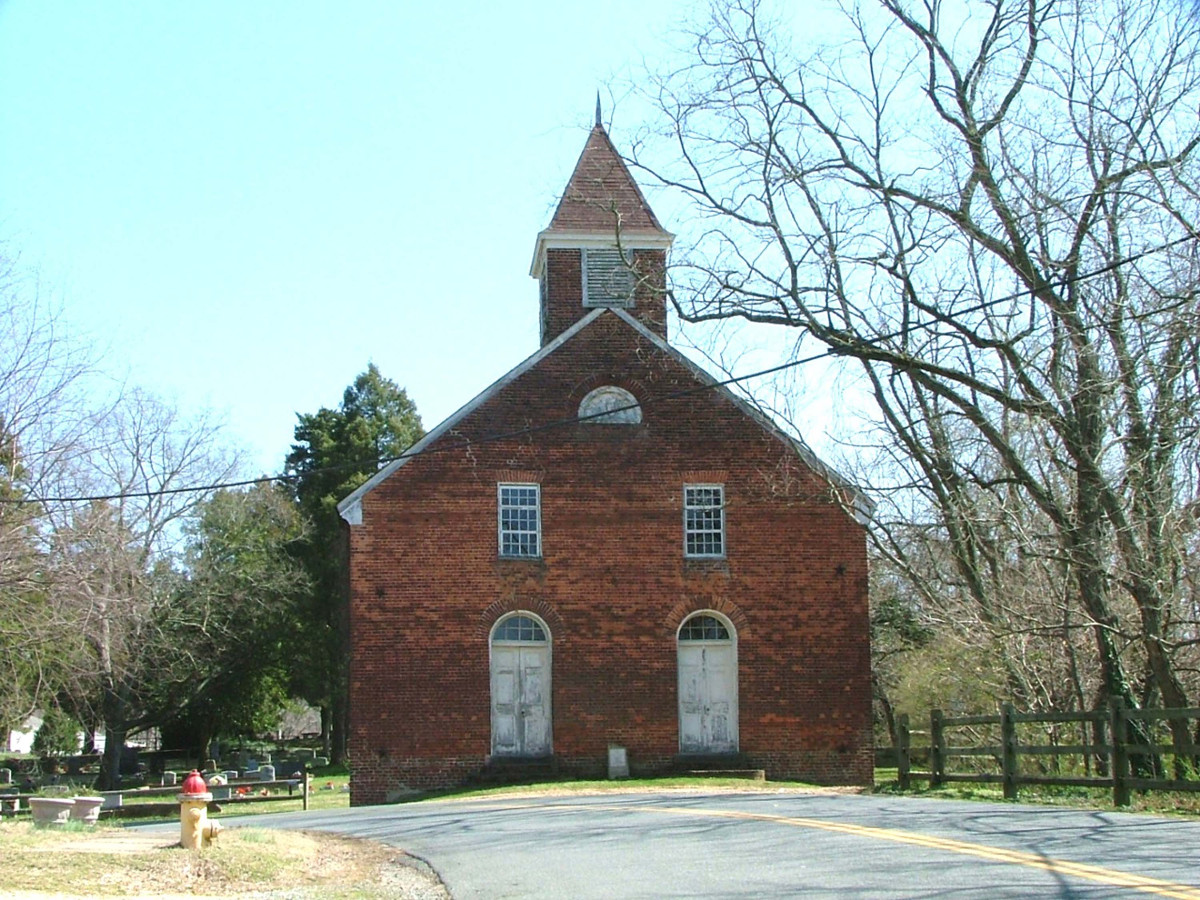 The approximate three-acre property containing Union Church and Cemetery in the Falmouth Historic District, includes the surviving narthex of the brick ca. 1819 Union Church, the remaining vestige of the brick building after it was severely damaged by a storm in 1950; two sites of earlier frame (ca. 1733) and brick (ca.1750) Anglican churches; and a large cemetery containing some ornately carved early gravestones and many marked and unmarked African American graves. For many years the site of Falmouth’s sole church, which was used as a hospital during the Civil War, the property reveals the evolution of religious patterns in Stafford County through the dominance of the Anglican Church in early Virginia, the disestablishment of the church after the American Revolution, and the popularity of union churches during the 19th century. Despite being a ruin, the imposing narthex serves as a good example of Federal-style church architecture. The cemetery contains graves and markers from the colonial period to the present, including soldiers from the Revolutionary War to Vietnam.