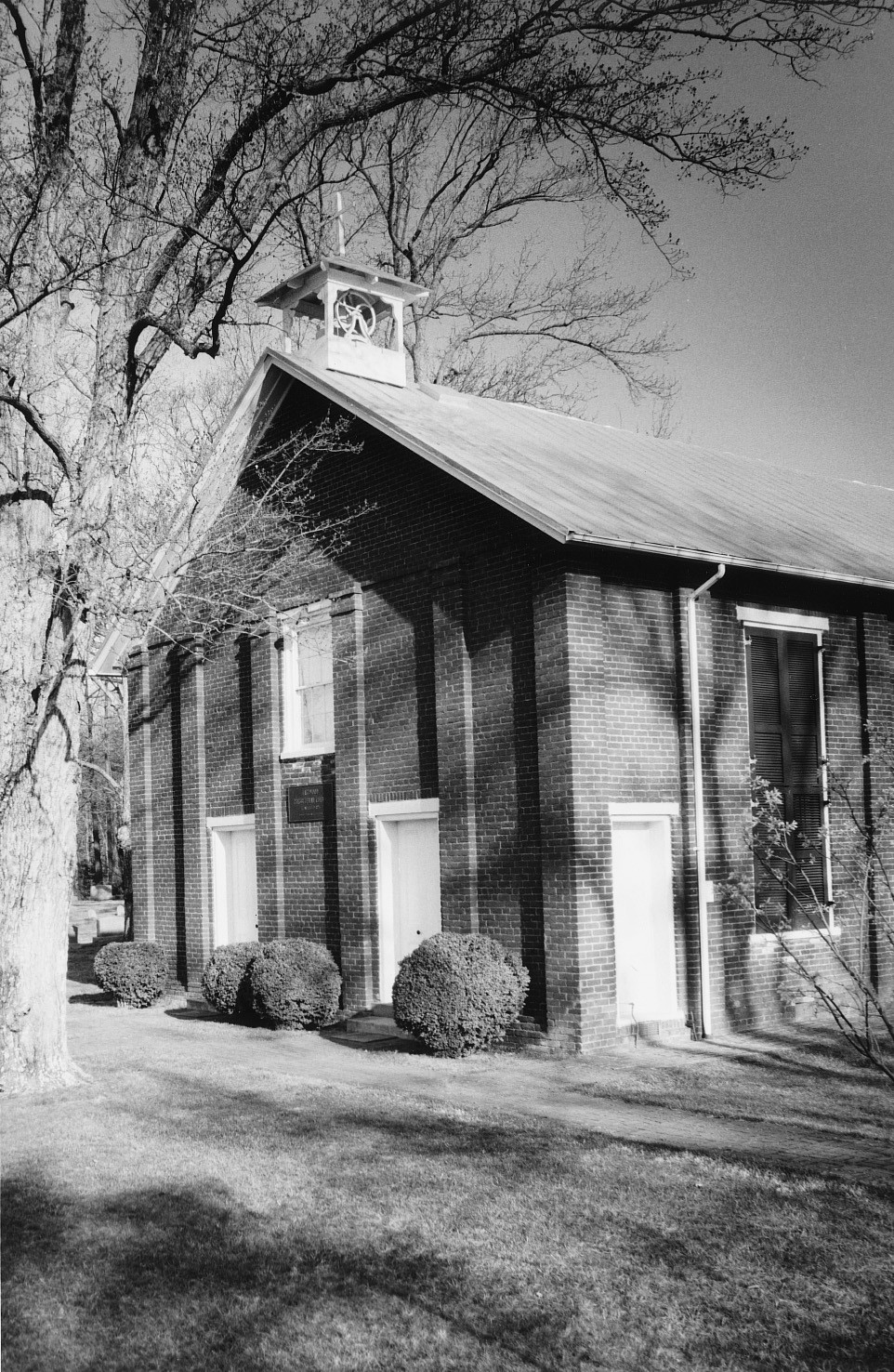 An austere example of country Greek Revival architecture, the Hartwood Presbyterian Church and its predecessor, known as the Hartwood Chapel or Yellow Chapel, were long important landmarks on the Marsh Road leading to Falmouth. Yellow Chapel and later the present church provided the only place of worship for Stafford County’s Presbyterians until recent years. Members of the Irvine family, assisted by their slaves, built the Hartwood Church between 1857 and 1859. Used periodically by both sides during the Civil War, the church was the scene of Confederate general Wade Hampton’s November 1862 capture of 137 men of the Third Pennsylvania Cavalry who were asleep inside the church. Caught in the crossfire of subsequent skirmishes, the church suffered considerable wartime damage. Most of the wooden elements and furnishings were burned, but the brick walls survived. In 1915, the Hartwood congregation received $800 in reparations from the U.S. Congress.