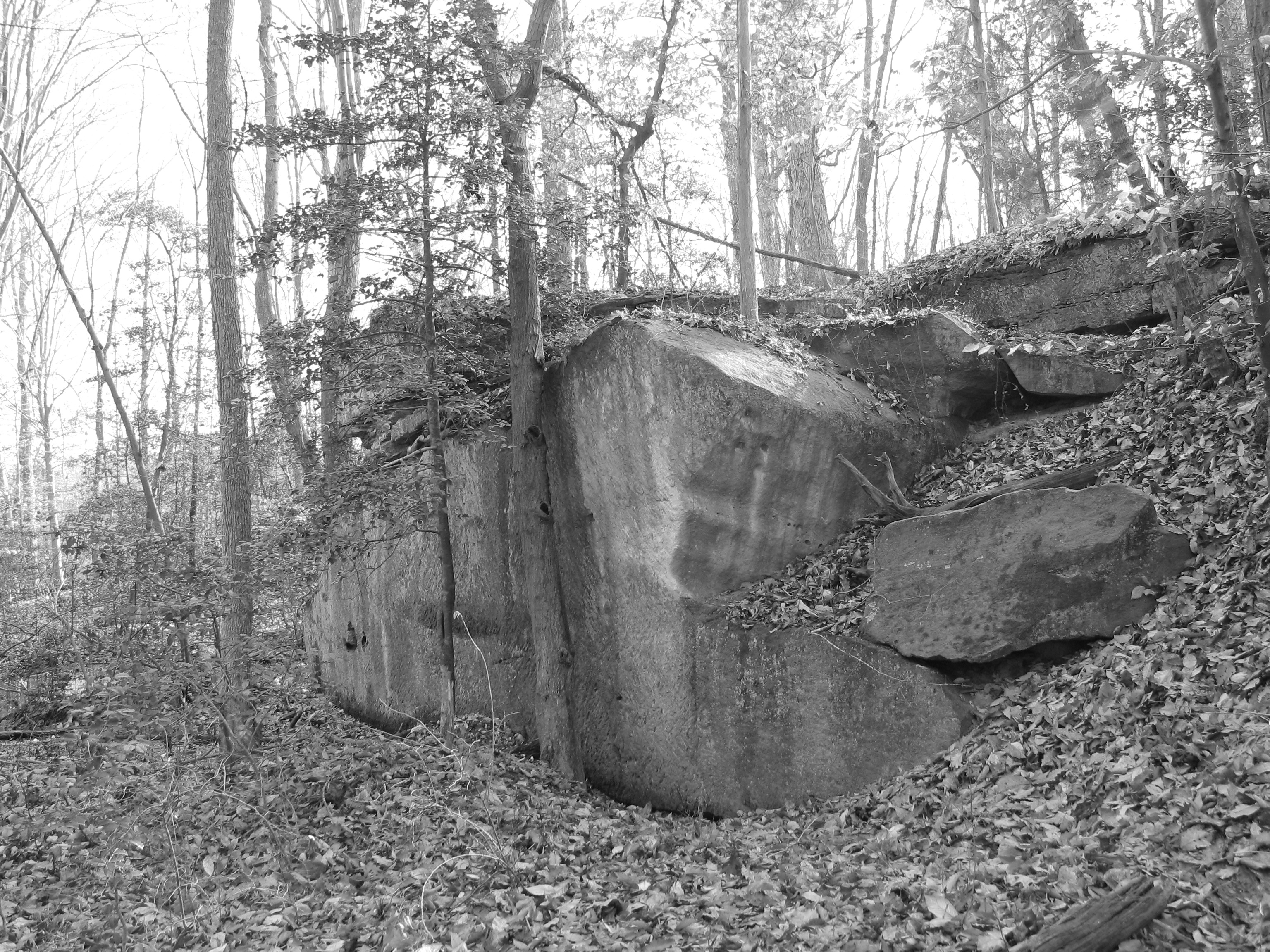 Government Island lies in Aquia Creek, a tributary of the Potomac River, in northern Stafford County. Located on this 17-acre island are five known quarry sites and the remnants of Aquia Creek sandstone, which was extensively extracted for use as construction materials for the United States Capitol, the White House, and other federal buildings in Washington, D.C. Hired by George Washington to survey and design a plan for the nation’s capital, Charles L’Enfant purchased Brent’s Island, as it was known in the 18th century, on behalf of the federal government in 1791 as a plentiful source of building stone for the new city. Benjamin Henry Latrobe, the well–known architect and federal surveyor of public buildings until 1811, used the sandstone to build the early wings of the Capitol. The island has remained vacant since operations ceased in the 1820s. Through archaeological investigations, the island’s quarry sites are likely to yield more information on the quarrying and processing of Aquia Creek sandstone and its shipment to the Washington area.