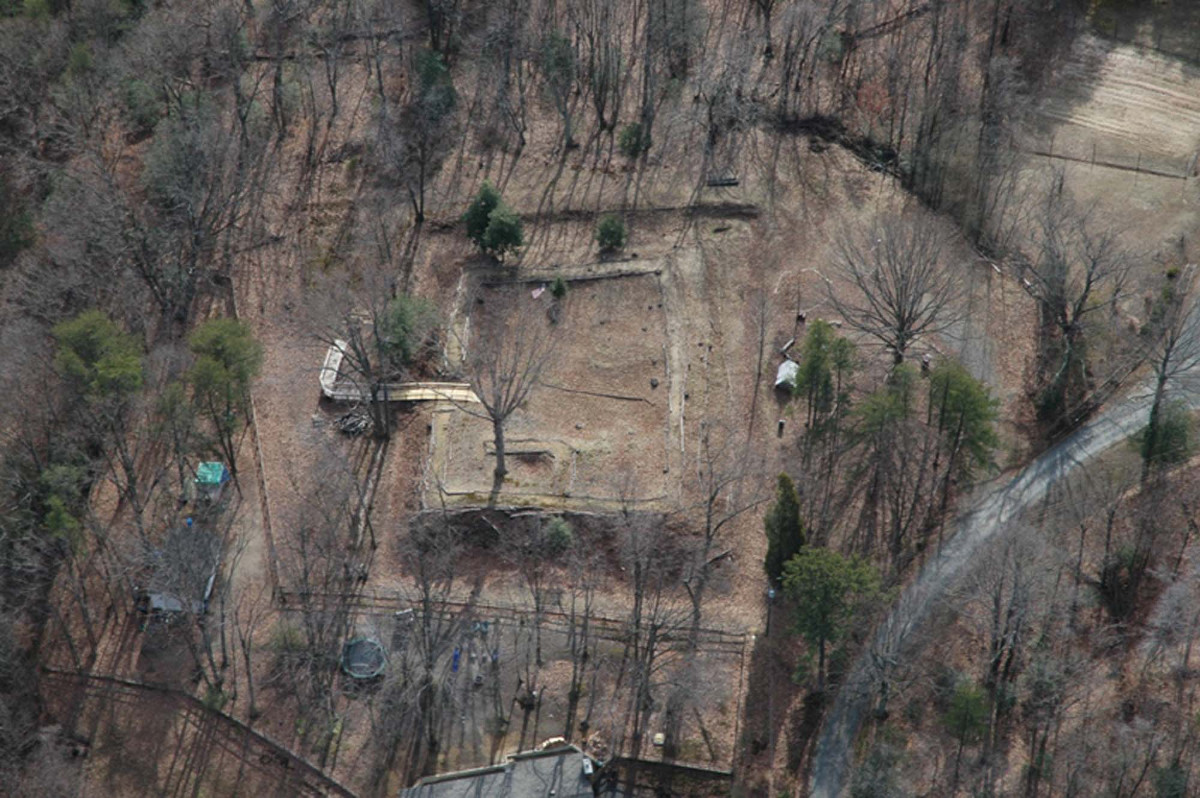 The Advanced Courthouse Road Redoubt was one of four Federal defensive fortifications constructed in early 1863 to protect the approaches to the Union supply depot at Aquia Creek Landing. It is also the best naturally preserved Civil War earthworks in Stafford County—a testament to the exceptional stewardship provided by its present owner who has dedicated himself to its maintenance and interpretation. The Confederate blockade of the Potomac required the building of numerous trenches, gun emplacements, and fortifications all along the Virginia bank of the Potomac River and the numerous rivers and creeks. Major General Joseph Hooker, Army of the Potomac, ordered construction of defensive fortifications to guard the approaches in front of the Confederate positions at Fredericksburg, consisting of its trench, gun ramps, magazine, and all of its ramparts.

The Advanced Courthouse Road Redoubt in Stafford County was listed in the National Register of Historic Places in February 2006 as “Redoubt #2.” Later information revealed that Redoubt #2 was in another location in the county.  Additional documentation was submitted to the National Park Service in 2014, including an official name change.
[NRHP Listed: 10/30/2014]