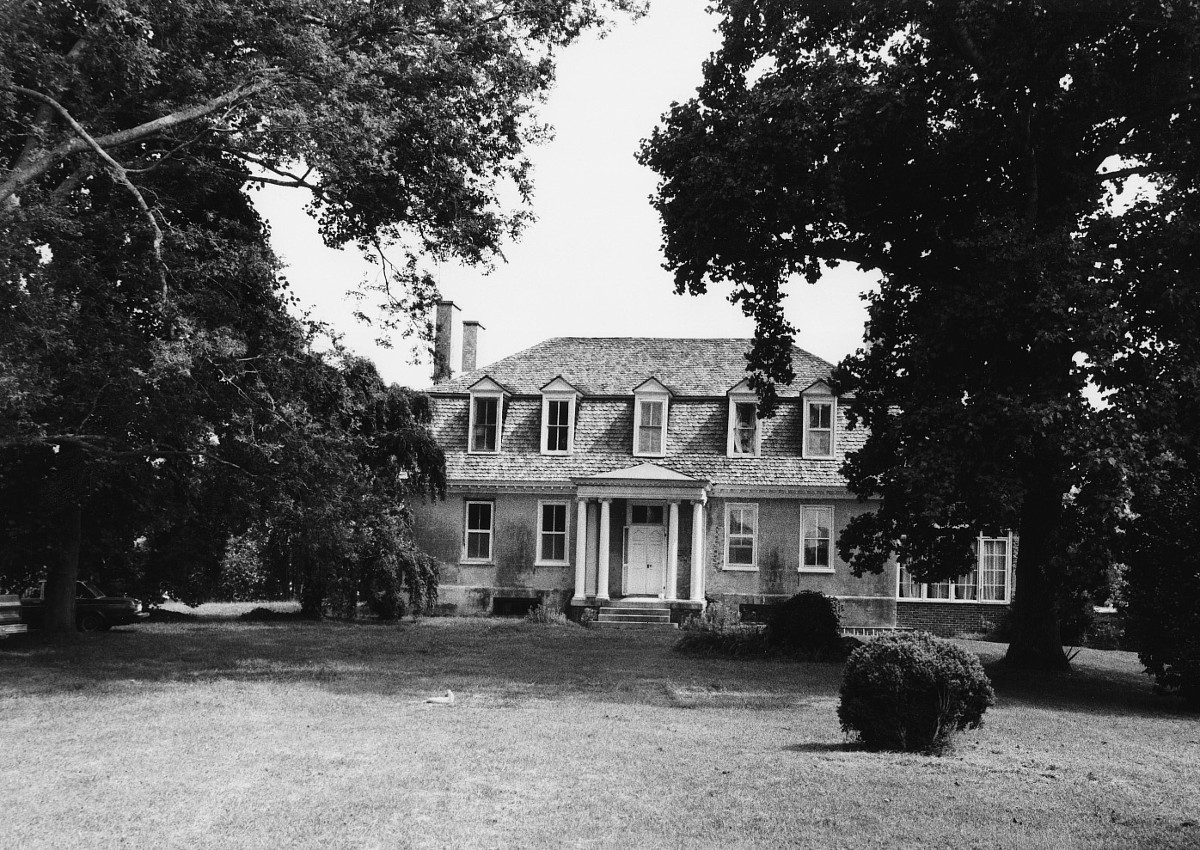 Named for a tree marking its distance by water from Jamestown, this plantation has been an established unit since the early 17th century. It was first settled by the Browne family, who occupied it for over a century and a half. The present house, dating from the mid-18th century, shows the application of formal Georgian planning and detailing to a building with a more unassuming native quality. The visual character of the exterior is defined by its jerkinhead gambrel roof pierced by five dormers on each front. The house was remodeled in the 19th century when its brick walls were stuccoed, its sashes replaced, and the portico added. Much of the early paneled woodwork and a Georgian stair were left untouched. A family graveyard contains Virginia’s oldest legible tombstone, dated 1650.