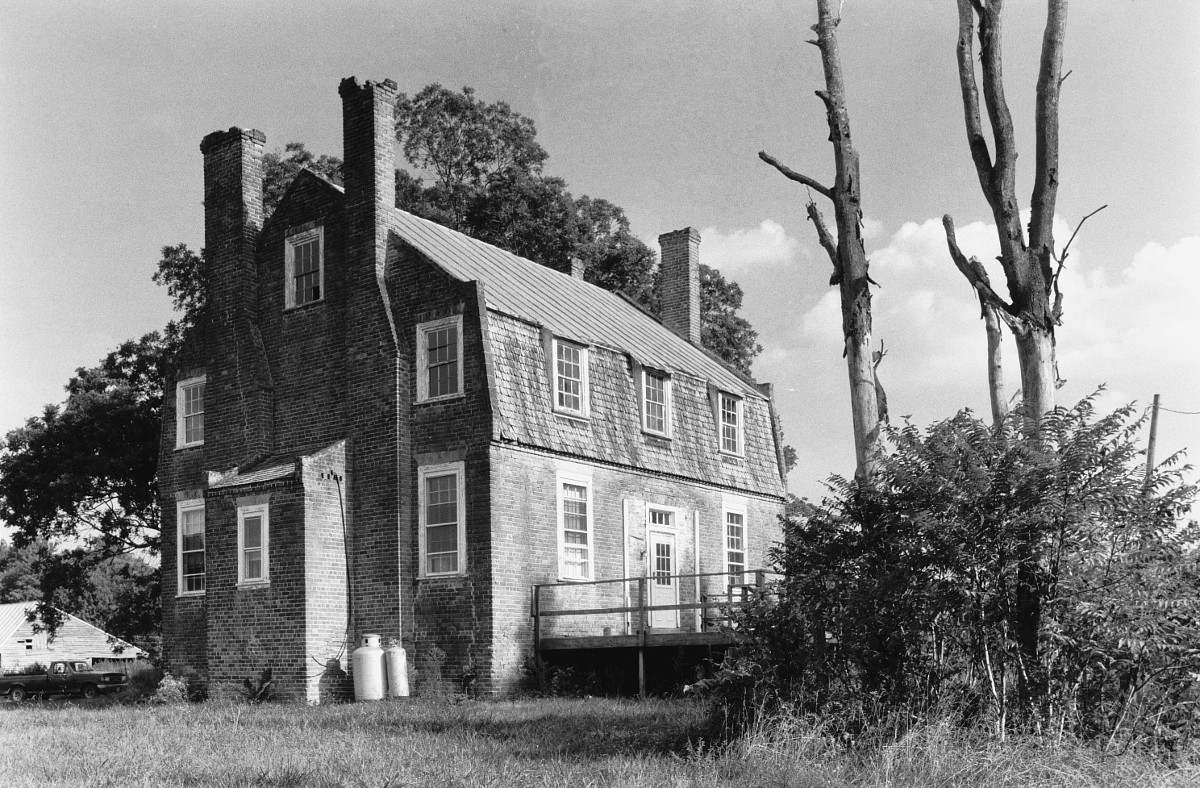 The striking early-19th-century farmhouse at Rich Neck Farm in Surry County was built for William E. B. Ruffin in the second or third decade of the 19th century as the core of a prosperous Southside plantation. Rich Neck Farm was acquired by the Ruffin family ca. 1675 and remained in its ownership until 1865. The exterior of the house was dominated by large windows and a high gambrel roof framed by sloping parapets and paired chimneys with pent closets. The use of parapets terminated by corbeled shoulders illustrated the reversion to pre-Georgian vernacular forms that occurred in Virginia during the Federal period. Though the house had been unoccupied for a number of years, the interior preserved its original restrained Federal trim. Flanking the axial avenue leading to it are two granaries nearly as old as the house. In 2012, the vacant house at Rich Neck Farm was severely damaged by fire.